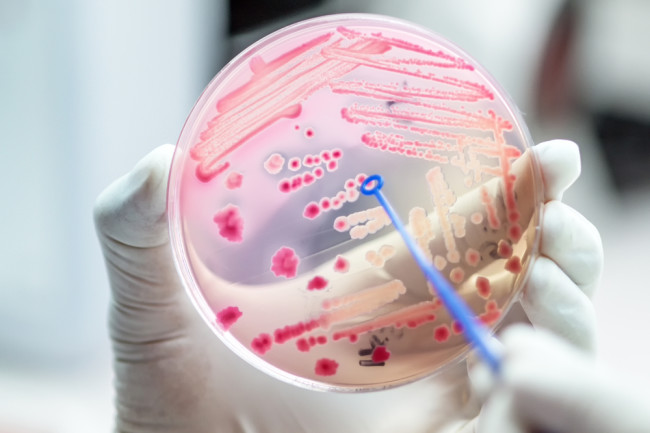 (Credit: Sirirat/Shutterstock) As the crisis of antibiotic resistance deepens, researchers are looking for new ways to combat infectious diseases. One solution proposed by UCLA researchers: When one drug won't work, try two. Or three, four or five.

In a new paper in Nature Systems Biology and Applications, scientists take a look at eight common antibiotics and run through thousands of combinations involving anywhere from two to five of them. They uncovered numerous combinations that they say work better than anticipated, hinting that never-before-tried drug pairings could help to combat increasingly hardy bacteria. On plates dotted with almost 400 small wells, the researchers mixed different combinations of drugs at varying concentrations with colonies of E. coli bacteria and watched how they grew. In total, they created 18,278 different combinations, and created a new mathematical model to help sift through all the data that they call MAGIC (Mathematical Analysis for General Interactions of Components). Though the results were mixed — many drug combinations had no effects or performed worse — they did uncover thousands of new drug cocktails that did better than forecasted. This was often simply because the drugs' effects were additive — they each attacked the bacteria in a different way, for example — and that proved a more devastating assault than any one drug alone could provide. Researchers had previously assumed that adding on new drugs likely wouldn't help in this way, because the effects might cancel each other out, or simply wouldn't provide an additional benefit. The researchers did find a number of these antagonistic relationships between drugs, that is, situations where adding them together actually lessened their effects. Interestingly, many of these negative effects were due to what's called emergent effects, defined as something that could only happen when three or more drugs are put together. That can be contrasted with additive, or net effects, where the individual actions of each drug are simply stacked together. These drug combinations haven't been tested in humans yet, and it will likely be some time before it happens, but it does offer a creative way to adapt current resources to address the looming issue of antibiotic resistance. Not all the beneficial drug combinations the researchers uncovered would work in humans, but they have so many to sift through, it's likely that many would hold some sort of benefit. The effects of using multiple drugs to on healthcare costs, as well as the implications for those who might be allergic to specific drugs, are unknown as of yet.

Soon, You Could Be Wearing Mushroom Leather. But Will It Be Better for the Environment?

HealthPfizer Vaccine Final Results: It’s Highly Protective — But How Long For?
Recommendations From Our Store