Does a Common Cold Virus Boost Chances of Childhood Obesity? 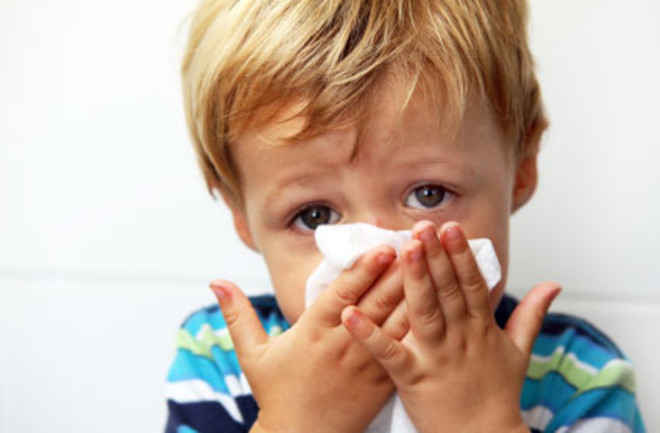 A study of children has discovered a correlation between obesity and prior infection with a cold virus, called Adenovirus 36. While the link is fairly weak, the tantalizing research suggests a new front on the war on obesity. The study participants included 124 children between the ages of 8 and 18. Of the 67 obese children involved in the study, 15 had signs of previous infection with the AD36 virus, in comparison with only 4 of the 57 non-obese children. The study was published in the online edition of Pediatrics. The children who had been previously exposed to the virus (which was indicated by the antibodies to the virus present in their blood) were on average 50 pounds heavier than the non-exposed children. And even within the obese group, those that had been previously exposed to AD36 were an average of 35 pounds heavier.

It is not clear to what extent the virus can be used to explain the epidemic proportions of western obesity when compared to other factors such as lack of exercise and poor diet. Study leader Dr Jeffrey Schwimmer said: "It is time that we moved away from assigning blame in favour of developing a level of understanding that will better support efforts at both prevention and treatment, these data add credence to the concept that an infection can be a cause or contributor to obesity." [The Telegraph]

AD36, which can cause respiratory infections and gastrointestinal upset, has been fingered in studies of obesity before. The virus has previously been found in fat cells in animal and cell culture models, and it had been hypothesized that this might be the way in which the virus contributes to obesity.

Researchers caution that while the virus could play a role in obesity for some people, the causes of obesity are most likely different for everyone. Not everyone who gets this common virus becomes obese, and not everyone who is obese has been exposed to this virus. Even if a definite connection is proven between the virus and obesity, there is no telling which causes the other.

Dr. Goutham Rao, clinical director of the Weight Management and Wellness Center at Children's Hospital of Pittsburgh, said the findings bring up the "age-old chicken or egg problem -- Does this virus disrupt certain pathways and cause obesity? Or, do obese kids tend to have this virus more often?" [Businessweek]

The researchers behind the current study acknowledge that they haven't yet proven that the virus causes obesity, and point out another possibility: Childhood obesity could weaken the immune system, which would make obese children more susceptible to getting the AD36 virus. But if infection with the virus does lead to obesity in some people, it might lead to new strategies to treating some obese patients. As Nikhil Dhurandhar, who wasn't involved in the current study and who works on what he calls "infectobesity" at the Pennington Biomedical Research Center, says:

"If there's at least some part of obesity that is caused by infections, then there is a potential to have a vaccine to prevent this type of obesity." [FOX News]

Science Not Fiction: The Obesity Bug, And Other News From Nerdland

Discoblog: Army Generals Fret: Are Americans too Fat to Fight?