Doctor, It's My Arm

Exercise-induced pain stops a healthy baby boomer in his tracks. Is his heart telling him to slow down? 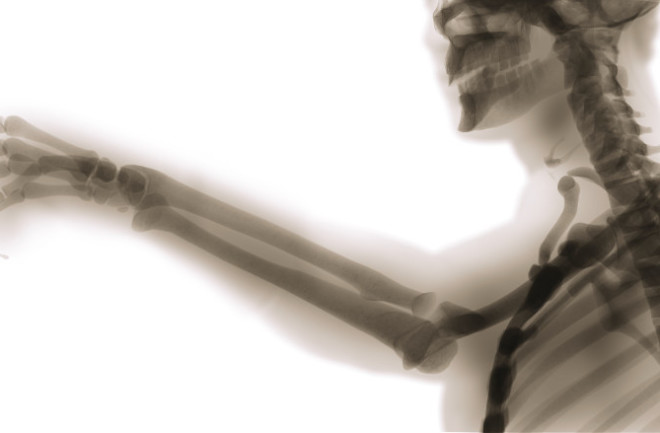 Phil, a 68-year-old retired real estate developer, had done high-altitude trekking on nearly every continent in the world. He was lean, athletic and healthier than most men his age. So when he called to tell me he was having arm pain when he exercised, it caught me by surprise.

“It happens whenever I do spinning. I start out OK, but maybe halfway through the class, my right arm begins to ache. It doesn’t stop aching until I get off the bike at the end of the class.”

He told me it had been going on for perhaps two weeks. He otherwise felt well. “Do you think it could be my heart?” he asked.

Ten years earlier, Phil had an episode of atrial fibrillation, a disturbance of his heart rhythm, triggered by a viral infection of the sac surrounding his heart. The infection, called pericarditis, along with the abnormal heart rhythm, resolved completely, leaving Phil with what we thought was a normal heart. Tests to check his coronary arteries were normal at that time.

Still, when I hear Phil or anyone complain about exercise-induced chest or arm pain, my first thought is angina, the pain produced by a heart not receiving enough oxygen-bearing blood flow because of a narrowed coronary artery. Physical exertion typically brings on the pain. Could a lean, fit trekker who had normal coronaries a decade earlier be having angina now?

The arm pain reminded me that when I was an intern, a late-middle-aged man came to our emergency room complaining of pain in his wrist. His wrist exam and X-rays were negative, and the ER doctor sent him home with some anti-inflammatory medicine. He returned the next night with the same complaint, was again seen and discharged. The next evening he came back for the third straight day, again with wrist pain. We called his private attending physician, Joe Pecora, and he told us to admit the man. That evening, we transferred him to the coronary care unit when chest pain began to accompany his wrist pain. An angiogram confirmed extensive blockages in his arteries, and he underwent coronary bypass surgery the next day.

“I don’t get it,” I later told Pecora. “How did you know the guy needed to be in the hospital?”

“I’ve known him for years,” he said. “He owns a farm 40 miles outside of town. He’s a hard-working non-complainer, up before dawn every morning taking care of business. If he takes time off three days in a row to drive 40 miles into town to be seen by a doctor, something is seriously wrong, and we’d better figure out what it is.”

I never forgot Pecora’s lesson about the importance of context when evaluating a patient and the value of a long-term relationship with a physician who knows you well.

“Come on over to the office,” I told my patient with the spinning-induced arm pain. “Sounds like something that ought to be checked out.”

But in my office, Phil’s vital signs, physical exam and EKG were all normal. His heart sounded normal. His arm looked fine. I needed to flesh out the story a bit.

“When you’re hiking or doing other kinds of exercise, do you get the same pain?” I asked. I was fishing for other activities that produce an increased demand for oxygen from a rapidly contracting heart. Like a clogged fuel line in a racing engine, if there is a blocked artery, a part of the myocardium, or heart muscle, becomes starved for oxygen when it beats quickly. This triggers a pain signal that travels along sensory nerves from the heart via the spinal cord to the brain. As it happens, the nerves bringing signals from the heart enter the spinal cord at about the same level as those from the arms. As a result, the mind’s eye can perceive cardiac pain as arising in the arm, especially the left arm, though it can occur on either side.

“Actually,” Phil answered, “it’s just with spinning. When we hike up in the hills, it doesn’t bother me.”

“What about on the treadmill? Do you push yourself pretty hard?”

I became curious. If revving up his heart rate alone wasn’t sufficient to trigger his pain, what was unique about spinning that made his arm hurt?

I had an idea. “Show me how you sit on the bike when you’re in your spinning class,” I said.

Phil sat on the end of my exam table, leaned far forward and mimed resting his forearms on the projecting handlebars of a stationary spinning bike. He held his head up so that he could still see forward.

“Is that how you hold your head when you ride?”

“Yeah. I like to be able to watch the instructor while I’m pedaling,” he said.

“Show me exactly where you feel the pain when it occurs,” I told him.

He held out his right arm, palm up. “It’s mostly here,” he said, indicating the lateral thumb side along the length of his forearm.

“Does it go into your hand as well?”

“What about the rest of the hand and the other fingers? Do they hurt, too?”

He opened and closed his hand a couple of times. “Not really. Just the arm, thumb and maybe the pointer finger a little bit.”

In my mind, I could see the anatomy and watched as the source of Phil’s arm pain migrated north from his chest into his neck. He had outlined the sensory distribution of the sixth cervical nerve. (The spinal nerves are all numbered and identified as cervical, thoracic or lumbar — neck, upper back or lower back, respectively.)

Phil sat up, and I opened the Essential Anatomy app on my iPad. Its eye-popping, detailed graphics of human anatomy are always a hit when I use them to show patients what’s gone wrong. I zeroed in on the skeleton at the neck. “There’s a series of spinal nerves that come off either side of the spinal cord, starting at your neck and going almost all the way down to your rump,” I explained. “Each nerve transmits sensations, including pain, from a specific, very circumscribed part of the body.”

I pointed to the opening between the vertebrae, the stacked building blocks of the spine, through which the sixth cervical nerve emerges. “If this opening is narrowed by an arthritic spur or a flattened, protruding disc, the nerve can get pinched. Hyperextending your neck by raising your chin way up further narrows the opening and worsens the pinching. The nerve doesn’t like that, and it generates a signal that is perceived as numbness, tingling or, as in your case, pain. The location of your pain maps out to an exact fit for the area served by the sixth cervical nerve.”

I went on to explain to Phil that the absence of pain with other forms of exercise, the unique distribution of the pain and the association with extending his neck all argued against this being exercise-induced angina.

As Phil sat on the exam table, I had him raise his chin and tilt his head back and to the right. I put a little downward pressure on the top of his head with my hand as he did this. This posture maximizes the narrowing of the nerve-root opening, known as a foramen. In less than 20 seconds, I heard Phil say, “Ow. Yeah, there it is.”

I released his head. He brought his face forward.

“How about now? Is it going away?”

After rubbing his forearm for a few seconds, he said, “Yeah. It’s nearly gone.”

I was 99 percent certain that I found the source of Phil’s pain. But I knew that he and his wife were planning to go trekking in Bhutan the following spring. Better to be 100 percent sure. In addition to X-rays of his cervical spine, I scheduled him for a cardiac stress test. He passed the latter with flying colors. The X-rays showed narrowed disc spaces at several levels in his neck.

I shared the results with Phil and told him that he didn’t need a coronary angiogram. “What you need is to adjust your bike at the spinning studio. Drop the seat and raise the handlebar. That way, you’re sitting more upright. You’ll still be able to follow the instructor without craning your neck and pinching a nerve.”

Phil’s case reminded me of another bit of clinical wisdom I picked up along the way: Not every arm or wrist pain is angina. Sometimes a cigar is just a cigar.