Doc Group Recommends ADHD Drugs for Kids as Young as 4 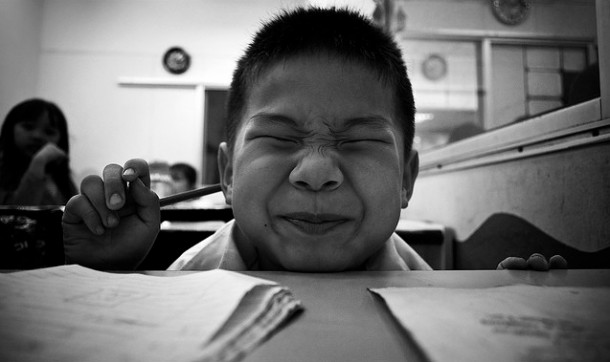 Yesterday the American Academy of Pediatrics issued new guidelines for treating attention deficit hyperactivity disorder, or ADHD, expanding the age range at which the condition can be diagnosed to include kids as young as 4 years old all the way up to young adults aged 18. The previous guidelines, made a decade ago, limited diagnoses to kids ages 6 to 12. The physician group decided to make the change due to new evidence that ADHD symptoms can surface in preschool-aged children and persist later into adolescence and adulthood than previously recognized. The report says methylphenidate (Ritalin) may help control ADHD symptoms in children ages 4 and 5, though only one large study has been done to support this conclusion. The authors stress, however, that medication should only be given after behavioral modifications are attempted—and that Ritalin may have some serious possible side effects like irreversibly slowing growth. While some doctors welcome the report, others say the new recommendations only encourage excessive diagnoses of ADHD and use of medications by children. As pediatrician Claudia Gold writes, children under the age of 6 are still developing, and a wide variety of interventions by parents and therapists may change the child's behavior—and associated brain chemistry—without medication. Gold suggests that concerns about the serious adverse effects of medication, as well as the likelihood of conditioning children to desire (or think they "need") drugs from a young age, should make any parent think twice before agreeing to a drug regimen for their preschooler. Labeling issues as a "disorder" at such a young age is mistaken, she says, stifling deeper examination of the reasons for the child's behavior or what it means. She says that years of research have shown that children can "develop the capacity for empathy, flexible thinking and emotional regulation when parents respond to the meaning of behavior rather than simply the behavior itself." It's worth noting that the chair of the committee, physician Mark Wolraich, is a periodic consultant to Eli Lilly, Shire Plc, and other pharmaceutical companies. Eli Lilly and Shire hold exclusive U.S. patents for atomoxetine (brand name Strattera) and guanfacine (brand name INTUNIV), respectively, both of which the report recommends for treating ADHD in adolescents. Reference: Subcommittee on AHDH, Steering Committee on Quality Improvement and Management, the American Academy of Pediatrics. Clinical Practice Guideline for the Diagnosis, Evaluation, and Treatment of Attention-Deficit/Hyperactivity Disorder in Children and Adolescents. Pediatrics. Published online October 16, 2011; DOI: 10.1542/peds.2011-2654