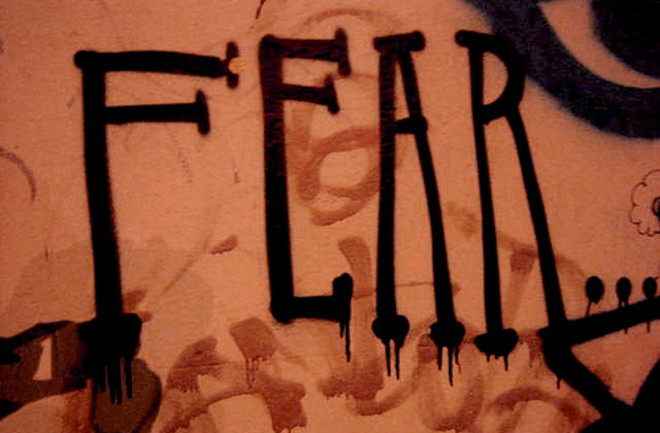 Photo: flickr/Jimee, Jackie, Tom & AshaSelf-reported data are notoriously unreliable. Most people have a hard time admitting their fears to themselves, much less to strangers. However, there is no real empirical test for how happy or afraid someone is, so we're stuck with survey results. But maybe there's a way we can estimate how often people outright lie about their feelings on surveys. The goal of this study was to see if the stereotype holds: are men more likely than women to lie about how afraid they are? The researchers used movies of rats and roller coasters to trick study participants into believing that the scientists could empirically tell when they lied about their feelings, and then had the participants retake a fear survey that they had previously filled out. Lo and behold, many of the men changed their answers, implying they had lied the first time around. But at least now we know.Do men lie on fear surveys? "The likelihood that males equivocate in their ratings of common fears was evaluated. A fear survey was given to 30 female and 26 male college students in a classroom setting. A second fear survey which contained duplicate items from the first was administered to the same students in a laboratory setting prior to watching videotaped scenes of fish, rats, mice and a shorter roller coaster ride. Before the second survey was given, the students received instructions which implied that their truthfulness could be independently evaluated through changes in their heart rate while they watched the videotape. Changes in the averaged fear ratings for the three high-fear items shown in the videotaped scenes were compared between males and females across the two survey conditions. Males' ratings of rats, mice, and roller coasters increased markedly from the first survey to the second, while fear ratings by females did not change. These results are consistent with the idea that the expression of fear by men is affected by conformation to the traditional male gender role."

Discoblog: NCBI ROFL: The evolution of humor from male aggression.