Do emotions related to alcohol consumption differ by alcohol type? 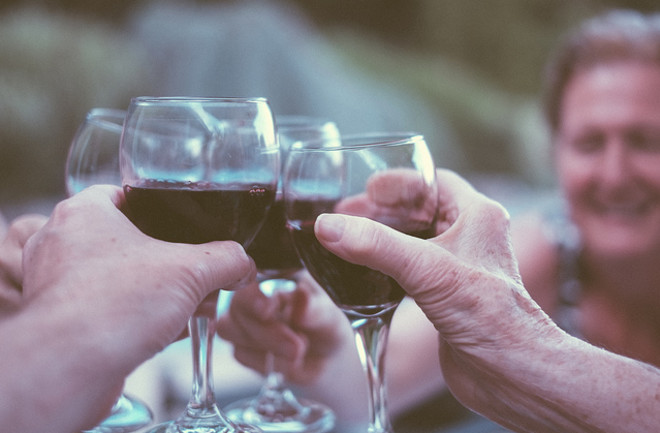 When you're choosing a drink at a bar, what goes into that decision? We know that taste has a lot to do with it, but according to this study, emotions may come into play as well: more specifically, the emotions brought about by the type of alcohol itself. Here, researchers used an online survey of almost 30,000 people around the world to explore the emotions associated with drinking different kids of alcohol. They found that "Overall 29.8% of respondents reported feeling aggressive when drinking spirits, compared with only 7.1% when drinking red wine. Women more frequently reported feeling all emotions when drinking alcohol, apart from feelings of aggression." Beer and wine also made people feel relaxed and tired, while hard alcohol made people energetic, confident, and sexy, but also ill. Check out Table 1 in the paper for the full results--just in time for the holiday season!

Do emotions related to alcohol consumption differ by alcohol type? An international cross-sectional survey of emotions associated with alcohol consumption and influence on drink choice in different settings "Objectives To examine the emotions associated with drinking different types of alcohol, explore whether these emotions differ by sociodemographics and alcohol dependency and whether the emotions associated with different drink types influence people’s choice of drinks in different settings. Design International cross-sectional opportunistic survey (Global Drug Survey) using an online anonymous questionnaire in 11 languages promoted through newspapers, magazines and social media from November 2015 to January 2016. Study population Individuals aged 18–34 years who reported consumption of beer, spirits, red and white wine in the previous 12 months and were resident in countries with more than 200 respondents (n=21 countries; 29 836 respondents). Main outcome measures Positive and negative emotions associated with consumption of different alcoholic beverages (energised, relaxed, sexy, confident, tired, aggressive, ill, restless and tearful) over the past 12 months in different settings. Results Alcoholic beverages vary in the types of emotions individuals report they elicit, with spirits more frequently eliciting emotional changes of all types. Overall 29.8% of respondents reported feeling aggressive when drinking spirits, compared with only 7.1% when drinking red wine (p<0.001). Women more frequently reported feeling all emotions when drinking alcohol, apart from feelings of aggression. Respondents’ level of alcohol dependency was strongly associated with feeling all emotions, with the likelihood of aggression being significantly higher in possible dependent versus low risk drinkers (adjusted OR 6.4; 95% CI 5.79 to 7.09; p<0.001). The odds of feeling the majority of positive and negative emotions also remained highest among dependent drinkers irrespective of setting. Conclusion Understanding emotions associated with alcohol consumption is imperative to addressing alcohol misuse, providing insight into what emotions influence drink choice between different groups in the population. The differences identified between sociodemographic groups and influences on drink choice within different settings will aid future public health practice to further comprehend individuals’ drinking patterns and influence behaviour change." Related content: Think getting your alcohol through an IV will prevent a hangover? Think again.Friday flashback: what type of liquor causes worse hangovers?Drinking makes you feel less pain: proven fact or old wives’ tale?