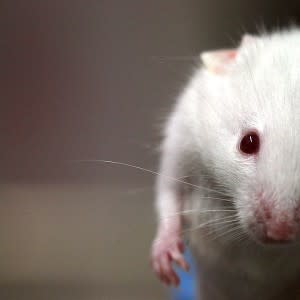 is perhaps best known as a disease of nineteenth-century royalty (specifically, of the oft-intermarried Hapsburgs

), but it has evaded our efforts at a cure for thousands of years. And its effects are gruesome: mutations in the gene for a crucial clotting factor mean that victims can rapidly bleed to death from even small cuts. Now, researchers working with hemophiliac mice have demonstrated a simple and apparently safe technique

to swap in a functioning gene, giving hope for a future respite for sufferers of the disease. How the Heck: