: Scientists have identified three gene mutations that lead to acute myeloid leukemia, a cancer that afflicts white blood cells, which may lead to better cancer drugs in the future. As Wellcome Trust Sanger Institute hematologist George Vassiliou told the BBC, his team's study "found critical steps that take place when the cancer develops. Identifying the biological steps ... means we can look for new drugs to reverse the process." How the Heck: 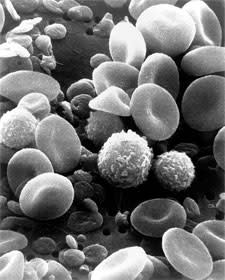 Not So Fast: Researchers caution that it could take decades before new cancer-fighting drugs based on this study come on the market. This present study only used mice as subjects. Reference: George S Vassiliou et al. "Mutant nucleophosmin and cooperating pathways drive leukemia initiation and progression in mice." Nature Genetics. doi:10.1038/ng.796

HealthAre Face Masks Here to Stay?
Recommendations From Our Store