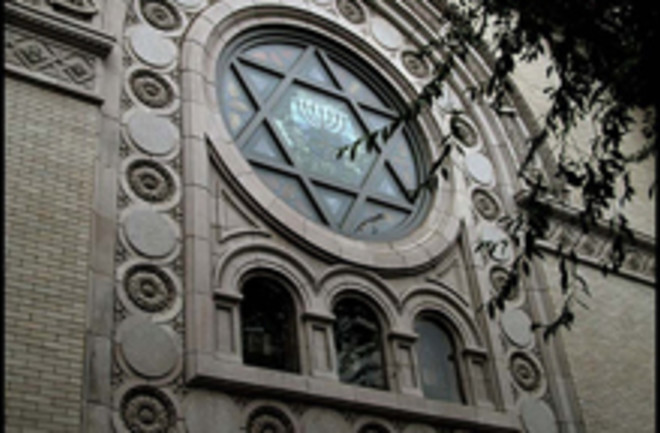 Just how connected are the Jews, genetically speaking? Despite the fact that pockets of Jewish people are spread around the globe, the new genetic analysis by Harry Ostrer and his team says that they share genetic markers that go back thousands of years. In the study in the American Journal of Human Genetics, Ostrer investigated Jewish people from all over the world:

Taking nuclear DNA samples from 237 Jews—some from each group—the team compared them to samples from more than 400 non-Jewish people who lived in the same regions.

The authors found that not only did the Jewish group as a whole constitute a distinct population cluster, but that one by one each of the three Diaspora subgroups themselves also represented a distinct cluster within the larger Jewish group. They further noted that the two largest subgroups -- Middle Eastern Jews and European Jews -- were found to have split off from one another about 2,500 years back [BusinessWeek].

Within the Jewish subgroups, the study found, people are about as closely related as fourth or fifth cousins. That isn't a surprise, but the analysis clears up some of the origin stories of different Jewish peoples. That's especially the case regarding the Ashkenazi, who account for the vast majority of Jews living in the United States.

Some writers, notably Arthur Koestler in his 1976 book The Thirteenth Tribe, have argued that the Ashkenazis stem from a Turkic tribe in Central Asia called the Khazars, who converted to Judaism in the 8th century. And historian Shlomo Sand of Tel Aviv University in Israel argues in his book The Invention of the Jewish People, translated into English last year, that most modern Jews do not descend from the ancient Land of Israel but from groups that took on Jewish identities long afterward [ScienceNOW].

The relatedness is also a confirmation that history can show up in the genome—even specific events.

Historical records suggest there were about 50,000 Ashkenazi Jews in 1400 and that the number expanded to 5 million by 1800, one of the largest population booms ever recorded, Ostrer says. That bottleneck and population explosion is also recorded in the DNA, his team found [Science News].

DISCOVER: Passover and the Plague

80beats: To Tell An Englishman from an Irishman, Look at Their Genes