"Death Star" of Medical Technology: Proton-Beam Therapy Shows "All the Problems" in US Healthcare 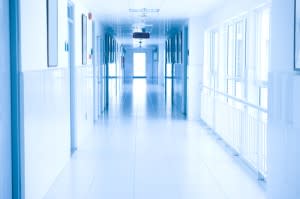 Proton-beam therapy is massively expensive---$100+ million facilities, each treatment twice as much as radiation---and not proven to be any safer or more effective

than other cancer treatments. So why are U.S. hospitals racing to build new proton-beam facilities? Financial incentives, and the wrong ones, according to a skeptical piece at Bloomberg

. To house the 200-ton cyclotron that accelerates protons to 93,000 miles per second, the facilities have to be as big as football fields, with 16-feet-thick concrete walls. Hospitals can afford to build them because proton-beam therapy is "extremely favorably reimbursed" by Medicare and many private insurance companies, says Sean Tunis, CEO of the Center for Medical Technology Policy. To foot the construction bill, hospitals will have to push the treatment aggressively to cancer patients. Proton-beam therapy has been around since the 1990s, but its oft-touted safety over radiation has not been conclusively proven. In theory, proton beams are more precise than the X-rays of radiation, so proton-beam therapy has become the favored option for body parts where stray beams can be especially harmful: brain, eyes, spine, prostate. A recent University of North Caroline study

on patients with prostate cancer did not find proton-beam therapy to have fewer side effects than radiation, which may be because protons still scatter when they hit tissue. The American Society of Radiation Oncology's recent review

using data from thousands of patients finds no evidence proton-beam therapy is superior either. The cost and uncertain benefits of proton-beam therapy led Harvard health economist Amitabh Chandra to call it "the death star of American medical technology." He says to Bloomberg, "nothing so big and complicated has ever been confronted by the system. It’s a metaphor for all the problems we have in American medicine.” [via Bloomberg