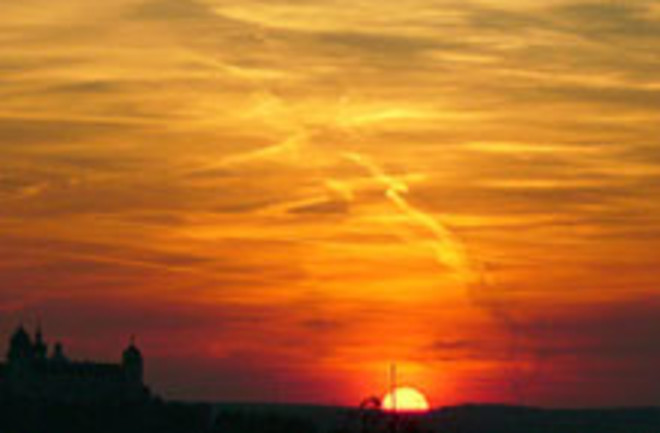 One of Britain's best-known orchestra conductors and his wife have ended their lives at an assisted suicide facility, reigniting the debate over assisted suicide. Helping someone die is a criminal offense in Britain, so Sir Edward Downes, 85, traveled to a "right-to-die" facility near Zurich with his 74-year-old wife, Joan, who had terminal cancer. Under Britain's Assisted Suicide Act, helping someone kill him- or herself can bring a penalty of up to 14 years in prison. In Switzerland, however, assisted suicide is legal; the Downeses were not the first Britons who traveled there to legally commit assisted suicide. Since the Zurich clinic run by [the non-profit group] Dignitas was established in 1998 under Swiss laws that allow clinics to provide lethal drugs, British authorities have effectively turned a blind eye to Britons who go there to die.... None of the family members and friends who have accompanied the 117 people living in Britain who have traveled to the Zurich clinic for help in ending their lives have been charged with an offense

. Experts say it's unlikely that this will change in the case of the Downses' children, who potentially assisted in their parents' suicide by traveling with them to the Zurich facility. Still, the fact remains that the

couple's children could potentially be charged with a crime for their involvement in the suicide. The couple's family says they died peacefully and in the way they desired--drinking a mixture of barbiturates and dying side-by-side, holding hands. Still, opponents of assisted suicide say that the current safeguards against the practice are important for protecting people from being coerced into suicide.

"With imminent health cuts, growing numbers of elderly people and increasing levels of elder abuse the very last thing we need is to put vulnerable people, many of whom already think they are a financial or emotional burden to relatives, carers and the state, under pressure to end their lives through a change in the law" [BBC News],

said anti-assisted suicide activist Peter Saunders. Dignitas has faced criticism over the years for assisting the suicides of people who were not terminally ill, such as a 23-year-old who was paralyzed playing rugby. None of those cases involved criminal charges, but many were investigated by police [

In this case, Edward Downes was not known to be terminally ill, although his sister reported that he was mostly blind and increasingly deaf. Friends said that

he wanted to die with his ailing wife, who had been his partner for more than half a century [The New York Times].

More From Discover
Health
Are the Effects of Cannabis and Alcohol in the Body the Same?
Mind
Nostalgia and Thinking About the Future Can Be Good For You
Health
Could COVID-19 Be Changing Who We Are?
Mind
What is Anxiety and How Can Worries Overpower Us?
Mind
How Your Brain’s “Fingerprints” Could Diagnose Disease
Health
Decorate For the Holidays Early and it Might Improve Your Mood
Recommendations From Our Store
My Science ShopDiscover STEM Kits
My Science ShopDiscover 2022 Calendar
My Science ShopStrange Science
My Science ShopElements Flashcards
Shop Now
Stay Curious
Join
Our List