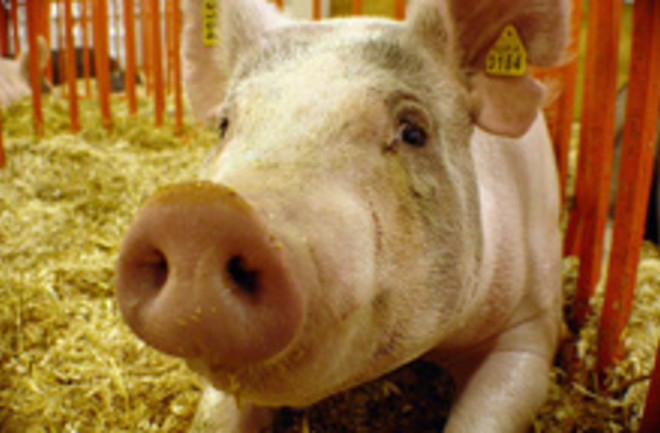 Mexico City health officials took the drastic step today of closing schools, from kindergartens to universities, in an effort to control an outbreak of swine flu that has killed at least 16 people in the last few weeks.

It was clear that Mexican health officials were alarmed. Besides shutting classes, the government urged people to avoid large gatherings and to refrain from the common greetings of a hand shake or kiss on the cheek. City buses continued to operate but some passengers were seen wearing masks, and a cough or a sneeze by one passenger prompted others to relocate [The New York Times].

Experts say that the swine flu virus, which usually infects just a few humans who are in direct contact with pigs, has mutated into a more dangerous form that can be passed between people, and fear that it could cause a pandemic. Meanwhile, officials are scrambling to understand how the deadly Mexican virus is related to an apparently weaker strain circulating in the American Southwest, which is not known to have caused any deaths. The first two cases in the United States were reported on Tuesday in Southern California.

There are now five cases in California, including the father of one of the original patients. The other two cases are near San Antonio, Texas.... "We believe at this point that human-to-human spreading is occurring" [ABC News]

, says Anne Schuchat of the Centers for Disease Control and Prevention. However, she stressed that the U.S. virus does not currently appear to be a cause for serious concern. Although flu season is over in Mexico, health officials say they've recently seen a significant spike in flu-like symptoms, primarily among healthy young adults.

That is a worrisome pattern because seasonal flus typically cause most of their deaths among infants and old people, while pandemic flus — like the 1918 Spanish flu, and the 1957 and 1968 pandemics — often strike young, healthy people the hardest. Doctors believe that is because young adults have more vigorous immune systems — which mount an assault on the new virus known as a “cytokine storm” — that may actually overwhelm the victim’s own lungs by causing inflammation and drawing in fluid [The New York Times].

Overall, there have been 60 deaths in Mexico in recent weeks in which the patients reported flu-like respiratory symptoms. It's still unclear how the Mexican and American flu viruses are related, but the U.S. variant, at least, has been described as an unusual strain never seen before in people or pigs. It

The World Health Organization said on Friday that it was convening an emergency committee to advise whether outbreaks of swine flu in the United States and Mexico constituted an international public health threat. "WHO will convene, sometime in the very near future, an emergency committee" [Reuters]