Medical researchers are determined to unearth the truth about these historical figures' lives and deaths: Eight tales of delayed diagnosis and extreme postmortems. 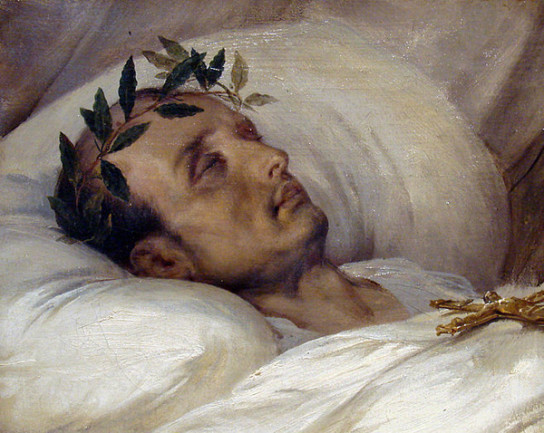 Some celebrities can't escape the limelight, even when they're six feet under. Whether it's extracting their DNA, carbon dating their remains, or bombarding their hair with subatomic particles, scientists have pulled out all the stops to find and examine these historic dead. Although a bit voyeuristic, these investigations also help to distinguish likely reality from speculative rumors. So what have we learned?

When Napoleon Bonaparte died in exile in 1821 an autopsy hinted that stomach cancer killed the former emperor. But when a 1961 study found high levels of arsenic in Napoleon's hair, some historians wondered if poison had hastened his end. Some speculated (pdf) that enemies who feared Napoleon poisoned the fallen French leader; others suggested that exposure to wallpaper colored with arsenic-based dye did him in. But for many scientists, these possibilities remained farfetched. A 2002 French analysis called the poisoning theory harebrained, and a 2005 study added support to the cancer camp by recording the decreasing waist sizes of Napoleon's final pairs of pantaloons--evidence that he underwent stomach cancer's rapid weight loss, the authors argued.

In 2008, Italian researchers asked museums for locks of Napoleon's hair snipped during his childhood in Corsica, during an earlier exile in Elba, and after his death. The team placed the keepsakes in a nuclear reactor, bombarding them with neutrons to transform elements in the hair into temporarily radioactive isotopes. Measuring the radiation the isotopes released, the researchers could determine the exact arsenic concentrations. They found the levels were much higher than today's standards, but did not vary throughout Napoleon's life. The arsenic levels were similar to those found in hair samples from his wife and child--suggesting mundane arsenic sources (the stuff appeared in everything from makeup to tonics) rather than skulduggery. 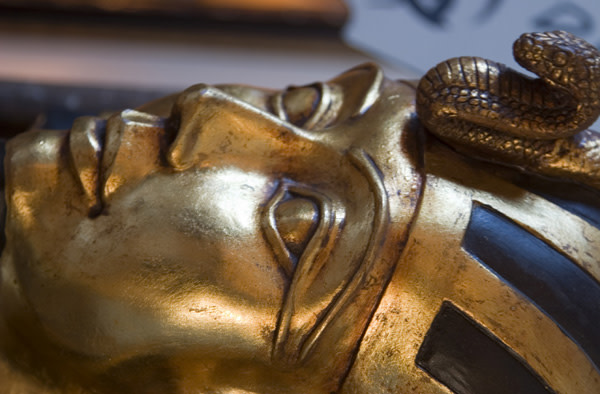 The 100 or so canes that archaeologists uncovered in Tutankhamen's tomb in 1922 might have implied that the 19-year-old pharaoh wasn't exactly the model of health. And Egyptian researchers now say that genetic testing hints that inbreeding and disease may have left King Tut so crippled that he could barely walk.

This theory about Tut's much-contested medical history is based on years of CT scans and DNA testing on eleven royal mummies from the mid-16th to the early 11th centuries BC. The research, published last February, suggests that King Tut's father and mother were siblings. Tut's incestuous parents may have left the pharaoh susceptible to Koehler disease, a rare bone disorder, and possibly a club foot. Genetic testing also suggested that King Tut had malaria, which, the authors said, may have been fatal for the frail teenager.

But these findings didn't convince everyone. In a June response German researchers questioned the work, and proposed instead that the mummy's bone damage might indicate the inherited blood disorder sickle cell disease. There is an easy genetic test for the disease, the letter's authors say, which the Egyptian team could administer.

That prospect probably wouldn't appeal to an anatomist and an ethicist who in July argued that mummy DNA testing--and the resulting media hubbub when embarrassing secrets come out--might violate a corpse's privacy. 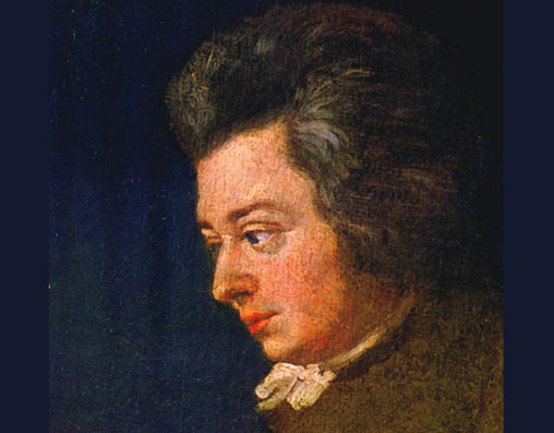 When it comes to Wolfgang Amadeus Mozart's demise, researchers don't have much to go on. After his death on December 5, 1791, the maestro landed in an unmarked Vienna grave. Since no one performed an autopsy when he died, researchers must reconstruct Mozart's end from eighteenth century accounts, which noted only the symptoms of his sudden illness: fever, rash, and extreme swelling.

That didn't discourage the authors of an epidemiological study published in 2009 in the Annals of Internal Medicine. They attempted to determine the most probable cause of the 35-year-old's death by looking at how everyone else in Vienna died. By analyzing the causes of death for 5,011 adults who died in November, December, and January of the same year as Mozart and the two years following, and pairing their findings with eyewitness accounts of Mozart's symptoms, they determined that, perhaps, an untreated streptococcal infection could have led to Mozart's end. Untreated strep could have led to kidney failure and the fluid retention that reportedly made the sick composer unable to fit into his clothes or turn over in bed during his final days. 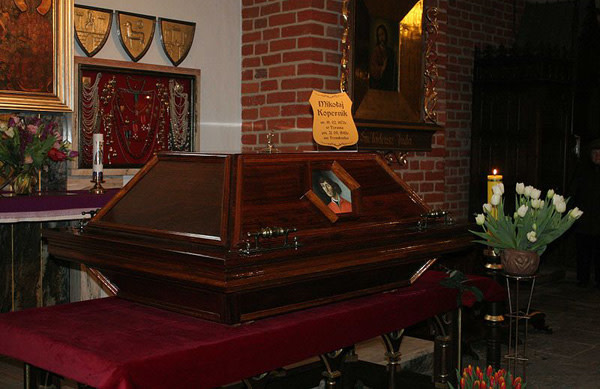 Sometimes it's not about finding out what killed a famous person--sometimes researchers just want to find them. Nicolaus Copernicus avoided fame (and perhaps religious persecution) by waiting to publish his earth-moving treatise De Revolutionibus Orbium Coelestium (On the Revolutions of the Heavenly Spheres) until the year of his death, 1543. He ended up in an unmarked grave under a cathedral floor in Frombork, Poland.

That didn't stop archaeologists armed with radar; in 2005 they found the remains of a 60- to 70-year-old man among the cathedral's many tombs. They promptly dug him up. A Polish forensic lab then used the skull to draw a facial reconstruction, and the face in the resulting picture looked much like the Copernicus seen in period paintings. More certain evidence came in 2008, after researchers matched DNA from a femur and tooth with that from a hair tucked into one of Copernicus's books. This past spring Copernicus's remains were packed into an elegant coffin and he lay in state in an archbishop's castle (pictured). Then his body was returned to the Frombork cathedral floor--but now the spot is marked with a black tombstone, complete with a depiction of six planets orbiting a golden sun. 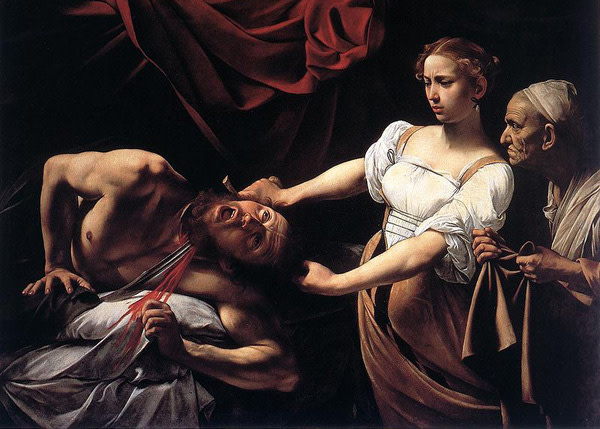 The Italian painter Michelangelo Merisi da Caravaggio built a roguish reputation via brawling and banishment, and built an artistic reputation via his mastery of the shading technique chiaroscuro, shown above in his 1590s work Judith Beheading Holofernes. Yet no one was quite sure where or how the Baroque master met his end.

In 2001, a death certificate came to light suggesting that Caravaggio died in a hospital, and that his remains might be found in a municipal cemetery in the Tuscan town of Porto Ercole. With this clue and carbon dating kits, archeologists uncovered the remains of a tall man, 38 to 40 years old, who had died around 1610. After comparing DNA from the bones to DNA samples from possible descendants in the town of Caravaggio, the team announced this summer that they were about 85 percent sure they had dug up the feisty painter. They also found high levels of lead in the could-be-Caravaggio bones, which they believe came from his paints. The lead poisoning paired with wounds from his brawls, the team told reporters, might have killed him. 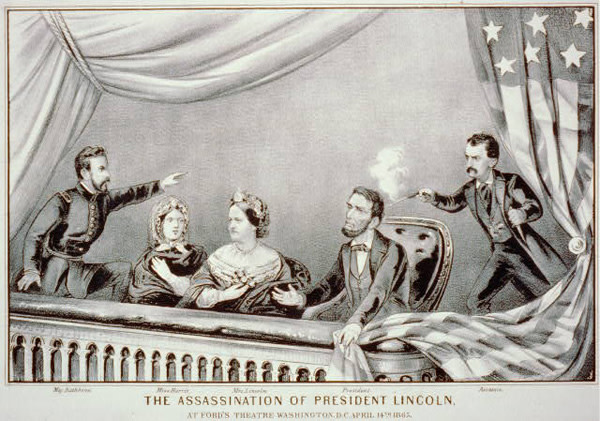 Had John Wilkes Booth failed to assassinate Abraham Lincoln on April 14, 1865, cardiologist and author John Sotos suspects that Lincoln may have soon died anyway--of cancer. After analyzing pictures of the 16th president of the United States, Sotos suspected Lincoln had a rare disease called multiple endocrine neoplasia, type 2B, which can lead to thyroid or adrenal cancer, and could explain Lincoln's gastrointestinal problems and height.

Sotos is not alone in suspecting Lincoln was sick, but others have their own theories: some say Marfan syndrome could explain his stature, and others that spinocerebellar ataxia might have caused his awkward gait. Since no researcher has had a crack at the president's DNA it's really all conjecture. Perhaps that is well and good for Lincoln's rest in peace, since he has already had to contend with an attempted body snatching in 1876, when a counterfeiting ring hoped to hold his body hostage for $200,000. To foil further such attempts, Lincoln's coffin now resides in steel and concrete in his memorial in Springfield, Illinois. 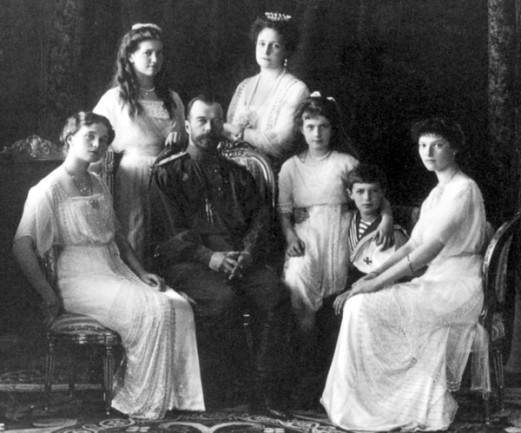 The Russian revolution of 1917 marked the end of the Russian royal family's rule, but questions about their fate lingered. In 1991, after the fall of the Soviet Union, an amateur archaeologist revealed his discovery of a mass grave that turned out to hold the remains of the executed members of imperial Romanov family. Well, at least most of them. The remains of the Tsar, the Tsarina, and three of their daughters killed in 1918 were in the grave, but one daughter (either Anastasia or Marie) and Prince Alexei remained missing. That fueled conjecture that two children had somehow escaped the massacre, and that some Russians were actually descendants of royals on the lam.

A study published in 2009 dashed those dreams by confirming with DNA analysis that the remains found in another grave nearby belonged to the two children. But Alexei's DNA proved useful for more than identification. In another paper published in 2009, geneticists argued that the prince's DNA showed that he suffered from a rare form of hemophilia. Caused by a recessive trait on the X chromosome, the disease hinders the blood clotting necessary to stop bleeding, and appears most often in males. Alexei could have inherited the "royal disease" from his great-grandmother, England's Queen Victoria, whose own son Leopold had inherited hemophilia and died at age 31 from complications. 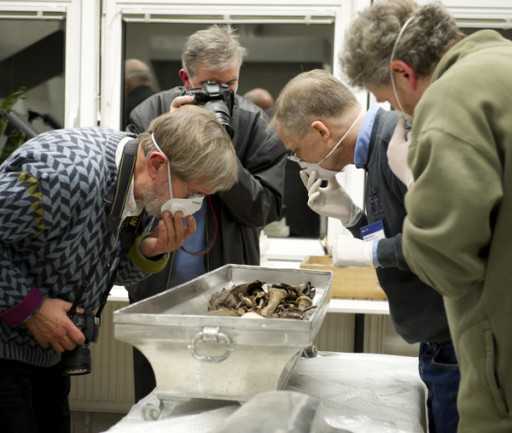 The 16th century Danish astronomer Tycho Brahe was a legend in his own time. He attracted attention with his fake nose (the result of a duel) and his pet elk, and, by spotting supernovae and comets, he refuted the notion that the starry heavens are unchanging "celestial spheres." And his notoriety didn't end with his death--which was attributed at the time to a bladder infection caused by his polite refusal to visit the bathroom during a banquet.

Brahe was first exhumed in 1901, at which time medical examiners declared that he had died of kidney failure. But before they reburied him they snipped some hairs from his mustache for posterity--and an analysis of those hairs by Swedish researcher Jan Pallon in 1996 found extremely high levels of mercury in Brahe's system. That fueled suspicions that the astronomer may have been poisoned, or that his sideline in alchemy may have done him in. So last year researchers dug him up again to conduct a more thorough analysis. The project team used CT scans, DNA tests, and X-ray techniques to examine his dusty bones, and the researchers are still hard at work interpreting the results. But the astronomer was once more returned to his grave in Prague's Tyn Church in November 2010 with due pomp and circumstance. We'll see if researchers let him stay there this time.

Planet EarthHow We Discovered the Number Zero
Recommendations From Our Store