DARPA: Let's Get Rid of Antibiotics, Since They'll Be Obsolete Anyway 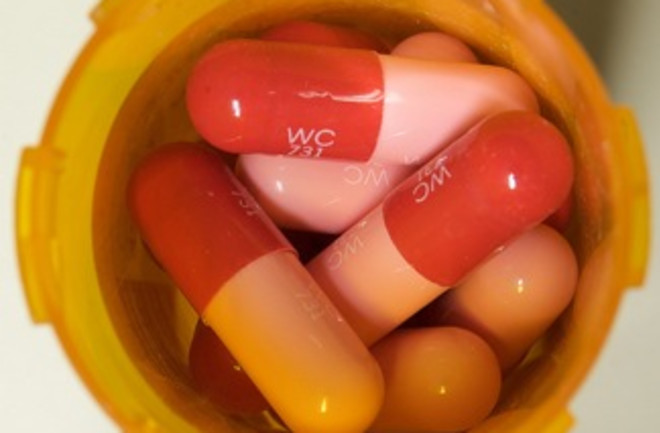 For the better part of a century, antibiotics have given doctors great powers to cure all sorts of bacterial infections. But due to bacteria's nasty habit of evolving, along with widespread overuse of these drugs, disease-causing bacteria are evolving antibiotic resistance at an alarming rate, making it much harder, and at times impossible, to wipe them out. DARPA, the military's research agency, is eyeing an innovative solution to the problem: Rather than struggling to make better antibiotics, ditch them altogether. It may be time to start killing bacteria a whole new way. The agency issued a call for proposals to develop a system of bacteria-beating drugs based on siRNAs, tiny scraps of genetic material that turn genes on and off. The idea is to hitch siRNAs onto a nanoparticle, which can make its way into the bacterial cell. What's more, DARPA wants siRNAs "whose sequence and objective can be reprogrammed 'on-the-fly' to inhibit multiple targets within multiple classes of pathogens," meaning they can be easily tweaked and tailored in the lab to combat a new bacteria or virus, be it a naturally emerging disease or a carefully designed bioweapon. DARPA is known for its at timesfar-fetched requests, but as Katie Drummond at Wired's Danger Room points out, the basic science has been worked out---albeit not with the range or speed DARPA has in mind:

[R]esearchers already know how to engineer siRNA and shove it into nanoparticles. They did it last year, during a trial that saw four primates survive infection with a deadly strain of Ebola Virus after injections of Ebola-targeted siRNA nanoparticles. Doing it quickly, and with unprecedented versatility, is another question. It can take decades for a new antibiotic to be studied and approved. Darpa seems to be after a system that can do the same job, in around a week.