CRISPR Goes to the Movies 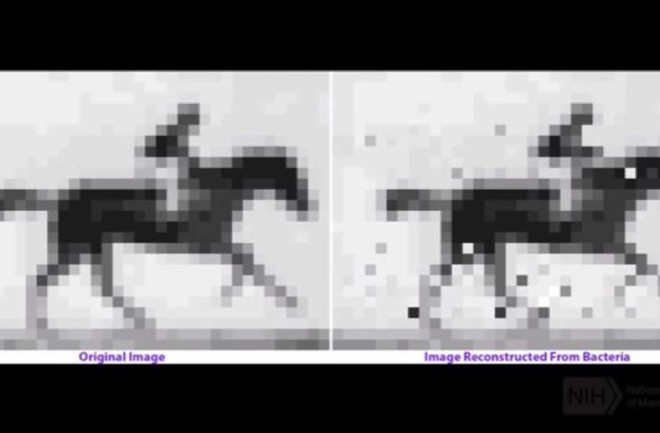 Eadweard Muybridge’s “The Horse in Motion” was an early demonstration of stop-motion illustration. In keeping with his pioneering spirit, Harvard University researchers have re-created the images by storing data in living bacteria. The results were published in Nature in July.

Geneticist Seth Shipman and his team translated the pixels of Muybridge’s moving picture into a code made from the As, Ts, Gs, and Cs of DNA. Then, using the CRISPR-Cas gene-editing tool, they spliced sequences corresponding to individual video pixels into the genome. The bacteria strung these snippets together in order and stored them in its DNA, letting scientists replay the video.

Now that they’ve shown it’s possible to encode and retrieve information sequentially in bacteria, Shipman hopes to create “molecular recorders” — genetically engineered cells with a time log of their activities. These recorders could someday monitor cellular activities in our bodies — like an airplane’s black box — giving scientists insights into what cells are doing and when.