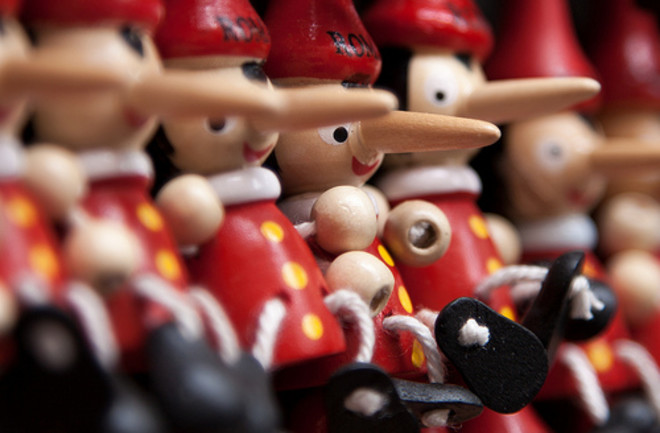 Photo: flickr/Grand Parc - Bordeaux, FranceYou can trust us when we say we have nothing creative to say about this paper.The dark side of creativity: original thinkers can be more dishonest. "Creativity is a common aspiration for individuals, organizations, and societies. Here, however, we test whether creativity increases dishonesty. We propose that a creative personality and a creative mindset promote individuals' ability to justify their behavior, which, in turn, leads to unethical behavior. In 5 studies, we show that participants with creative personalities tended to cheat more than less creative individuals and that dispositional creativity is a better predictor of unethical behavior than intelligence (Experiment 1). In addition, we find that participants who were primed to think creatively were more likely to behave dishonestly than those in a control condition (Experiment 2) and that greater ability to justify their dishonest behavior explained the link between creativity and increased dishonesty (Experiments 3 and 4). Finally, we demonstrate that dispositional creativity moderates the influence of temporarily priming creativity on dishonest behavior (Experiment 5). The results provide evidence for an association between creativity and dishonesty, thus highlighting a dark side of creativity."

Related content: NCBI ROFL: Why are modern scientists so dull? How science selects for perseverance and sociability at the expense of intelligence and creativity. NCBI ROFL: Liar, liar, pants on fire! Seriously, science?: Do men lie on fear surveys? Survey says…yes!