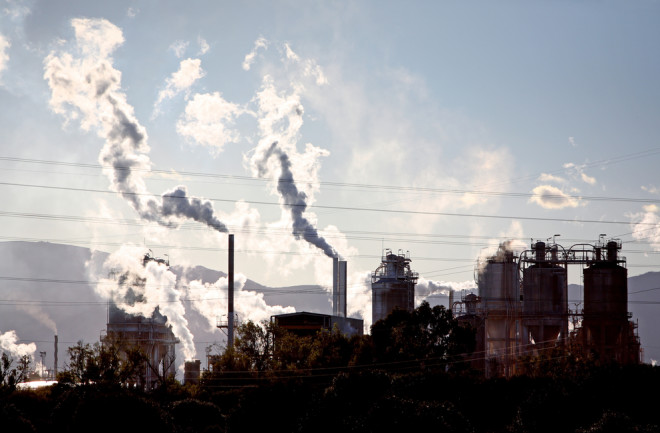 Mrs. S.F. Parker had spent the previous few weeks nursing her flu-stricken 10-year-old son back to health when she began to feel ill herself. Soon, the 35-year-old Gary, Indiana, housewife developed pneumonia and — despite briefly rallying — eventually took a turn for the worse. Lying in bed and surrounded by her husband, teenage daughter and son, she took her last tortured breath around 7:30 p.m. on Oct. 13, 1918.

Parker’s death was one of more than a dozen chronicled in the next day’s obituaries. The 1918 Spanish Flu pandemic hit Gary hard, according to Indiana state health records. From September through November that year — considered the worst three months of the pandemic — the death rate for influenza and pneumonia was 847 per 100,000 people in Gary. But in nearby South Bend, the death rate was far lower: just 338 per 100,000 people.

Researchers at Carnegie Mellon University have since uncovered a possible reason why. Their analysis, published in 2018 in The Journal of Economic History, points to air pollution — primarily from coal-fired electricity plants that were rampant in some cities but not others — as a major reason for differences in municipalities’ mortality rates from the Spanish Flu.

Their findings have implications for today’s coronavirus pandemic, as COVID-19 appears to have a devastating effect on lung function just as the Spanish Flu did. Places like Wuhan, China; Milan, Italy; and New York City — all epicenters of the latest pandemic — had high levels of air pollution before the virus hit.

Targeting the Fight Against COVID-19

“It points to the need to ramp down air pollution,” says Karen Clay, an economist at Carnegie Mellon who led the study. “But the other thing it implies is that if we had vaccines or antiviral medicines to fight this, we’d want to move them to the places we would expect to be the worst hit,” she says. “Places with bad air pollution would be an important factor to consider.”

In 1918, much of the air pollution that existed in some cities came from power plants that used coal to generate electricity. At that time, it was common for such plants to be within city limits. In Clay’s study, she and her colleagues digitized a 1915 federal report on the locations and capacities of coal-fired power stations to get a picture of which cities would have had the worst pollution.

They also combed through historical legislative records and newspaper articles to find cities where elected officials and/or citizens were pushing for cleaner air. In addition, they calculated cities’ wind speeds and compared cities’ coal-fired capacities in 1915 with later measurements of their air quality. Specifically, they looked at measurements of particulate matter in the air in cities during the 1960s and found a clear association between coal-fired capacity in 1915 and particulate pollution some 50 years later.

Theirs is the first study to consider air pollution as a factor in the 1918 influenza pandemic mortality rate despite what the authors note as growing evidence from human and animal studies that “air pollution can increase susceptibility to viral infection and heighten the risk of severe complications, post-infection.”

In a 2014 study, researchers exposed mice to combustion-derived pollutants and then infected them with influenza. They found that the specialized type of T-cells critical to controlling and clearing influenza were significantly reduced in the animals. In a 2005 study, researchers found that exposing human respiratory epithelial cells to diesel exhaust before an influenza infection enhanced the ability of the virus to get a foothold in the cells and begin to replicate.

Ilona Jaspers, lead author on the 2005 study and a toxicologist at the University of North Carolina at Chapel Hill, says the respiratory epithelium serves as a physical barrier between viruses and the respiratory system and can also activate antiviral responses. “It’s developed some key defense mechanisms to block (influenza),” she says. But “in the case of diesel exhaust exposure, it was almost like the respiratory epithelium had taken one of its guards off [duty]. It gave the virus just a little bit more of an advantage.”

When it comes to the novel coronavirus, perhaps the silver lining is that satellite photos from space have shown large reductions in air pollution in parts of the world due to government-imposed shelter-in-place measures. Jonathan Overpeck, a climate scientist at the University of Michigan, says this points to how people’s health will benefit if and when societies switch from fossil fuels to renewable energy.

“If we can curb fossil fuel burning, which obviously has to change, then we’re also going to curb air pollution and therefore we should start to get health benefits from that that are dramatic,” he says. “And we will also be less vulnerable to diseases like the flu and this coronavirus.”

For her part, Clay is hopeful that the pandemic has highlighted the health dangers of air pollution, hoping it might provide some ammunition for regulatory agencies like the EPA to lower the thresholds for certain pollutants. “Who knows how this is all going to play out,” she says. “But, certainly, one of my hopes would be that people take air pollution a little more seriously.”