Could Bird Flu Be a Weapon? Dutch Law May Keep Flu Research Bottled Up 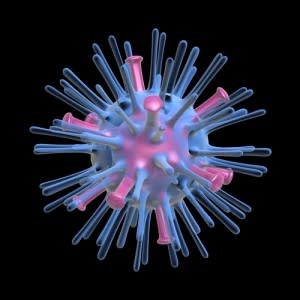 Update 4/17: The paper's author, Dutch virologist Ron Fouchier, has announced that he plans on resubmitting his paper to

without an export permit, regardless of what Dutch authorities decide. Read more at Nature News.

Publication of the controversial mutant avian flu papers have hit yet another roadblock. In March, a US advisory panel reversed its prior decision

to take out experimental details from two reports about research that seemed to turn the H5N1 bird flu virus into a more virulent and deadly form. Under the original decision, some redacted information would have been available only to accredited researchers. But in a new, international twist, one of the papers is encountering another obstacle: NPR reported

that the Netherlands-based team behind one of the studies is being stifled by Dutch law, which limits the export of technology that could be weaponized. So now there are two main questions about whether the flu research would be published for all to see: how dangerous the virus is, and whether the Dutch law would apply to this research. Humans, This Mutant H5N1 Virus Will Not Kill You Last year, two research teams submitted papers that showed how H5N1 could be made contagious between ferrets, which are the best stand-in for humans when it comes to flu research. (The wild H5N1 virus only spreads from bird to human, so an airborne human-to-human virus could be much deadlier in the hands of bioterrorists.) Nature accepted one paper from a team at the University of Wisconsin, and Science accepted the paper from a team led by Ron Fouchier at Erasmus Medical Center in the Netherlands. In November, Fouchier said

the mutant H5N1 is "probably one of the most dangerous viruses you can make," which predictably created a media storm. The potential publication of these papers had been up in the air for the past few months. (For comprehensive background information, check out this excellent primer

.) The two teams used different techniques; Fouchier's Science study was more ominous in that his mutant H5N1 virus killed the ferrets---but only if the virus was directly implanted into the ferret's trachea or nasal tissue. As an airborne disease, it was not deadly, but this distinction was not clarified until March. The US advisory board seems to have reversed its previous decision based on some new evidence, reports

Yong, but what that evidence actually is will have to wait until publication...if that ever happens. Bureaucratic Limbo Because of the original decision to give the information only to accredited reseachers, according to the NPR report

, Dutch export laws on potential weapon technology have kicked in:

"The more complex part of export controls is when it comes to information, rather than equipment," says Alice Gast, president of Lehigh University, who recently co-chaired an expert panel that examined how these laws affect science. Information produced by basic research is normally exempt, says Gast, who explains that "the fundamental research exemption is valid as long as you are freely and openly sharing the results of the research." But if researchers agree to limit access, for whatever reason, that exemption no longer applies.

Even when the US advisory panel met to discuss the papers, "special export licenses had to be obtained from the US and Dutch governments so the international experts at the meeting could read new versions of the research reports—and they only could see paper copies that they then had to return." Fouchier himself has confirmed that the export law is preventing him from talking about his research or submitting a revised manuscript to Science. He is supposed to meet with the Dutch government on April 23 to discuss whether his paper requires an export permit.