Could an Oversized Noggin Help Stave Off the Effects of Alzheimer's? 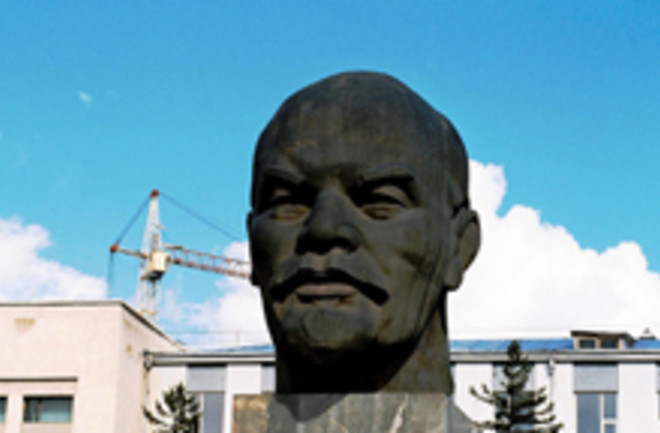 Finally, a big head comes in handy. For a study out this week in Neurology, scientists looked at 270 Alzheimer's patients from the Multi-Institutional Research in Alzheimer's Genetic Epidemiology study (MIRAGE) and found that a larger head size was correlated with better-preserved cognitive and memory skills. The team, led by Robert Perneczky, argues that a bigger cranial circumference could mean a person has more "brain reserve," offering some protection against the deterioration brought on by Alzheimer's. Finding this out took a lot more than just scanning the patients for cerebral atrophy and then wrapping a tape measure around their heads to gauge circumference:

They took blood to see which variant of the APOE gene was in their DNA (having one or two copies of the e4 version of APOE is thought to increase one's risk of Alzheimer's). They looked up the results of each patient's most recent mini-mental state examination (MMSE) to measure cognitive function. They also took into account each patient's age and ethnicity, how long they'd had Alzheimer's and whether they had diabetes, hypertension or major depression [Los Angeles Times].

When the scientists controlled for the other factors and simply compared head size to cognitive function, they found that patients with the larger heads scored higher on the MMSE cognitive test. Unfortunately for most of us, the brain reaches nearly its full size—93 percent of it—by the time we're 6. So if the researchers are right about brain size and its effect against the ravages of Alzheimer's, then the best time to start protecting a person's mental health late in life is early in life.

Dr Simon Ridley, head of research for the Alzheimer's Research Trust, said: "Alzheimer's is a very complex disease, so we should be careful not to focus too much on a single risk factor, particularly as there is little we can do about the size of our heads. The researchers have also posed the idea that nutrition, injury or infection in early life can have an impact on brain reserve, suggesting that we should look after our brain from day one" [BBC News].

80beats: A Toke a Day Might Keep Alzheimer’s Away