The impact of clean-burning stoves on global health. 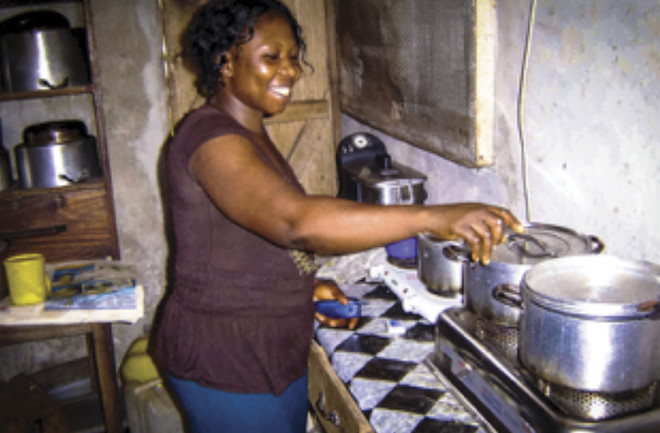 A woman cooks on an ethanol stove. (Credit: Global Alliance for Clean Cookstoves)

We tend to take our modern gas and electric stoves and ovens for granted, but in many countries, homes have only kerosene or solid-fuel cooking stoves, which can pollute household air. Each year, more than 4 million people die globally of complications from inhaling smoke from these stoves.

In a study on the risks, researchers found that clean ethanol-burning stoves are healthier than traditional units. They monitored 324 healthy pregnant Nigerian women: Half used ethanol stoves, and half used wood or kerosene units. (Researchers encouraged the women to cook in ventilated areas.) In the traditional-stove group, 6.4 percent of the mothers-to-be developed high blood pressure, which is linked to heart disease and other conditions. Just 1.9 percent of women in the clean-burning group developed it, according to the paper in the American Journal of Respiratory and Critical Care Medicine.

Several nations still rely heavily on pollution-producing cookstoves. Here are just a few of those countries: