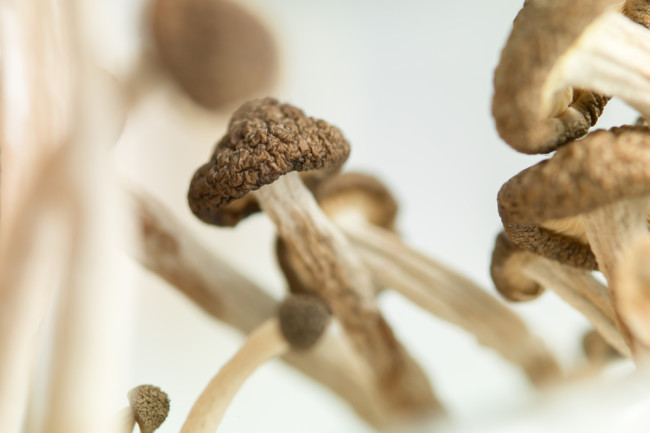 Psilocybin, the naturally occurring psychedelic compound in magic mushrooms, is a Schedule I illegal drug in the United States, which means it serves no legitimate medical purpose. But researchers in Switzerland believe psilocybin could help reduce the symptoms of anxiety and depression. In a new study, researchers from the Psychiatric University Hospital of Zurich have shown that even small amounts of psilocybin can weaken the way our brains process negative emotions and provide a positive mood lift. Psilocybin, researchers conclude, could aid in normalizing depressive patients’ exaggerated processing of negative stimuli.

Psilocybin on the Brain

To test how psilocybin affects the brain, researchers recruited 25 healthy individuals and gave one group a small dose of the hallucinogen, and another a placebo. They monitored participants' brain activity in real time using fMRI whileparticipants were shown photos. Some photos depicted negative scenes, such as aggressive animals, weapons, and injured people; others displayed neutral everyday scenes, such as a couple riding bikes. The researchers also used questionnaires to assess participants’ mood before and after taking the drug. The researchers found that a part of the brain called the amygdala, which processes negative emotions like anxiety and fear, showed very different activity in the two groups. Subjects who had taken psilocybin showed less activity in their amygdala in response to both negative and neutral stimuli, and they reported a boost in mood. And the two were related: the greater the amydala dampening in response to negative images, the bigger the mood boost. Researchers recently published the results in the journal Biological Psychiatry.

As part of the central circuitry of emotion, the amygdala is thought to be a key player in the development of depression and anxiety. Rainer Krahenmann, the study’s author, said the next step is to investigate whether psilocybin normalizes amygdala function in patients who are diagnosed with depression. He said further research of the compound could lead to novel approaches for treating the mental disorder.