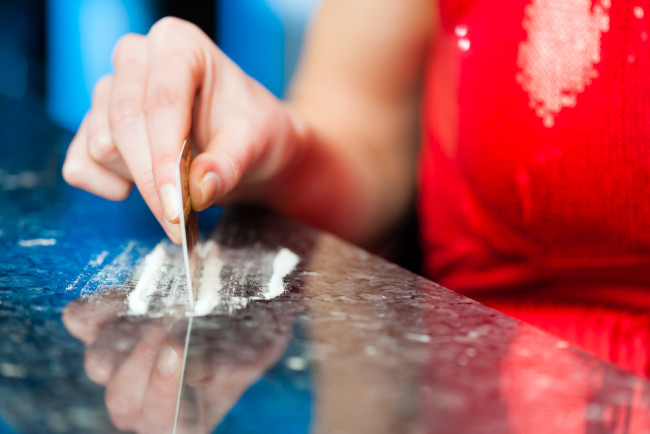 In the battle against cocaine overdoses and addiction, say hello to scientists’ little friend: a mutated enzyme with an appetite for coke. Roughly 500,000 people visit the emergency room every year as a result of cocaine overdoses in the United States, but there isn’t a single Food and Drug Administration-approved medication to treat cocaine toxicity — yet. Researchers have discovered a promising therapy by molecularly strengtheningcocaine esterase, a natural enzyme that powers bacteria found near the roots of coca plants, into a form that flushes out toxic levels of cocaine in the event of an overdose.

Only as Strong as it is Weak

Nothing else in nature pares cocaine down to its inactive components with the tenacity of cocaine esterase, and scientists have long hoped to harness the enzyme for therapeutic purposes. But the trouble with cocaine esterase is that it survives just 12 minutes at body temperature, making it useless for treatment. In order to overcome this hurdle, a team of scientists homed in on the enzyme’s weaknesses. The team built computational models that simulated the enzyme’s behavior as it was heated, which revealed the parts of its structure that unraveled first. Then, researchers tested various mutations that strengthened the enzyme’s weak points while retaining its coke-busting properties. They settled on two mutations that basically formed a molecular crossbeam at the enzyme’s weakest point — and it worked. Their mutations, tested in a petri dish, increased the half-life of cocaine esterase to 100 days at body temperature, and boosted its cocaine metabolizing efficiency by 150 percent — nearly 1,000 times faster than the human body.

The next test for the mutant enzyme was to recreate that petri dishperformance inside an animal. Researchers gave five mice a single injection of a mixture containing their mutant enzyme, and followed that up with daily lethal injections of cocaine until they perished. Two mice died after four days of injections, while the remaining two mice held out for six. Although it didn't end well for the mice, it was the longest period of time that a single dose of the mutant enzyme staved off a fatal overdoses. They published their findings earlier this month in the journal ACS Chemical Biology.

This isn’t the first time this team has successfully created an improved coke-hungry enzyme. Another version, which can survive six hours

, is currently in clinical trials. However, their latest findings take fighting cocaine toxicity to a whole new level. The latest version of cocaine esterase will still need to undergo further research before it does its work in emergency rooms, but it does appear to be a worthy candidate for clinical trials. When it comes to fighting addiction, however, more research is needed to determine if the enzyme eliminates cocaine in the body before it can have its effect on the brain.