Rejecting less-than-perfect livers is a risky decision for patients. 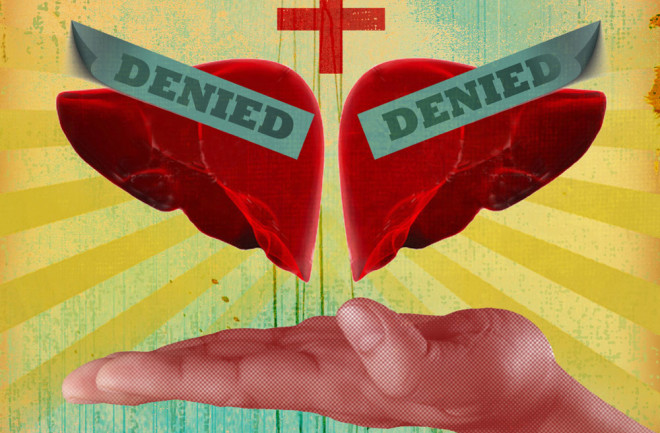 Transplant surgeon John Roberts called his patient and told him the news: A liver was available that would be a good match, although it came from an older donor. The patient felt confident about his health and told Roberts no thanks — he’d take his chances waiting for a better one. Shortly afterward, the patient called Roberts back.

“I’ve rethought this,” he began. By then, it was too late; the next recipient on the waiting list had accepted the liver and was heading into surgery.

Scenarios like this one made Roberts and his colleagues at the University of California, San Francisco ponder whether seemingly healthy patients on the transplant list and their doctors may be too choosy for their own good. Thousands of patients are added to the liver transplant waiting list every year due to life-threatening liver diseases caused by hepatitis C, alcohol consumption, obesity, liver cancer and other conditions.

In 2012, Roberts’ group reviewed all 53,659 liver offers made to patients in the United States from 2005 to 2010. (About 7,000 livers have become available each year since 2008.) They found that of the patients on the waiting list who died or became too ill for a transplant, 84 percent were offered at least one liver. (The median number was six.) Most of those livers ended up saving the lives of patients who were further down the list.

“Patients have trouble making these decisions,” Roberts says. They may be lulled into thinking they have the luxury of time when their situations are actually quite precarious. “The next day, they might start bleeding from their stomach or esophagus,” he says. “Two days later, they are dead.”

Indeed, the data make him think more carefully about how he and his team advise patients, and he is careful to track his own refusals and find out whether he helped make the right call. As for the initial patient who regretted refusing the liver: Another offer made its way to him, and this time he accepted.

[This article originally appeared in print as "The Lost Livers."]