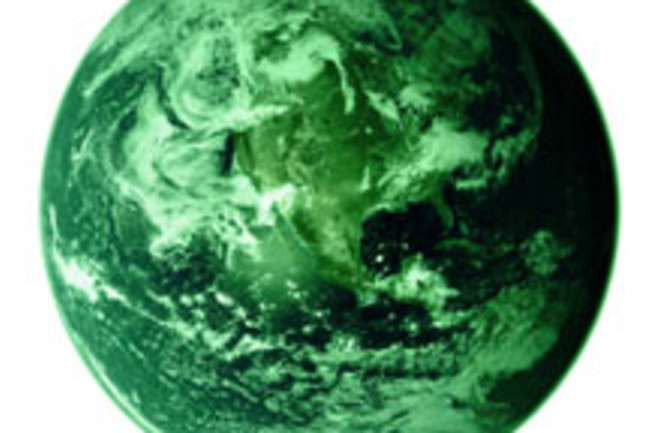 The devastating earthquake in Chile that killed almost 700 people probably also shifted the Earth's axis, say NASA scientists, permanently making days shorter by 1.26 microseconds. But since a microsecond is one-millionth of a second, you may not have noticed. Richard Gross, a geophysicist at NASA's Jet Propulsion Laboratory, says he has done the calculations. Gross says the earthquake, which measured 8.8 on the Richter scale, moved large amounts of rock, altered the distribution of mass on the planet, and moved the Earth's axis by about 2.7 milliarcseconds (about 8 centimeters or 3 inches). The change in axis directly impacts Earth's rotation, and the rate of the planet's rotation determines the length of a day. To explain this phenomenon, scientists used an ice skating analogy: When a skater spins on ice, he draws his arms closer in to his body to spin faster, because the speed of his rotation is dependent on the way mass is distributed across his body. Scientists point out that the duration of a day can change depending on different geological events. CNN reports:

The magnitude 9.1 earthquake in 2004 that generated a killer tsunami in the Indian Ocean shortened the length of days by 6.8 microseconds. On the other hand, the length of a day also can increase. For example, if the Three Gorges reservoir in China were filled, it would hold 10 trillion gallons (40 cubic kilometers) of water. The shift of mass would lengthen days by 0.06 microsecond, scientists said.

Related Content: 80beats: Why Chile’s Massive Earthquake Could Have Been Much Worse 80beats: NASA Jet Studies Haiti’s Fault Lines For Signs of Further Trouble 80beats: Where in the World Will the Next Big Earthquake Strike? 80beats: Satellite Images Show the Extent of Haiti’s Devastation 80beats: Haiti Earthquake May Have Released 250 Years of Seismic Stress 80beats: Science Via Twitter: Post-Earthquake Tweets Can Provide Seismic DataImage: iStockphoto