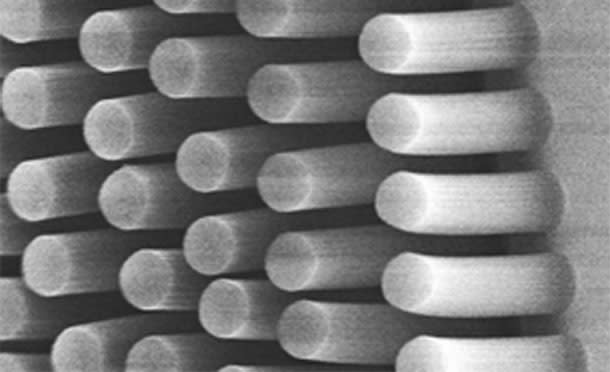 What's the News: Scientists have developed a new carbon nanotube device (pictured above) that's capable of detecting single cancer cells. Once implemented in hospitals, this microfluidic device could let doctors more efficiently detect the spread of cancer, especially in developing countries that don't have the money for more sophisticated diagnostic equipment. Any improvement in detecting cancer's spread is important, says MIT associate professor of aeronautics and astronautics Brian Wardle, because "of all deaths from cancer, 90 percent are ... from tumors that spread from the original site." What's the Context:

Not So Fast: The process of commercializing a technology like this takes quite a while; the previous version from four years ago is being tested in hospitals now and is may be commercially available "within the next few years." Next Up: The scientists are currently tweaking the device to try to catch HIV. Reference: Grace D. Chen et al. "Nanoporous Elements in Microfluidics for Multiscale Manipulation of Bioparticles." Small. DOI: 10.1002/smll.201002076Image: Brian Wardle/MIT