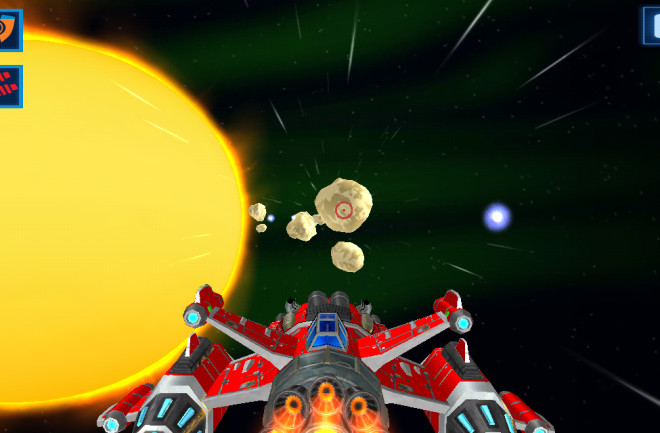 Playing Games to Advance Cancer Research (Image Credit: Cancer Research UK) In Discover Magazine's November print issue the article 'Trial and Error' talks about the many reasons why progress in cancer research is slow. This article details how citizen scientists can speed up cancer research by playing games that crowdsource analysis of cellular and genetic data.  Gene duplication or gene amplification is characteristic of many cancers, the result of errors during cellular replication. When a cell replicates, a process called mitosis, the genetic material of the cell needs to be duplicated. While there are built in check points during the replication process, errors can sometime sneak in. Some errors are subtle such as a switch of a single nucleotide, for example a guanine (G) to an adenine (A). Other times the errors are duplication or omission of a part of a chromosome, several parts or even the whole chromosomes. When parts of a chromosome are duplicated or omitted, the genes residing on those pieces of chromosome are also duplicated or omitted. This is a phenomenon called copy number variation. Researchers have observed that certain cancers are associated with increases in copy numbers of genes. Researchers can use DNA microarrays to identify if genes are amplified in cancer. The fluorescently tagged genetic material of cancer cells are washed over silica or glass chips that have known gene fragments 'stamped' on them. The genetic material of the cancer cell binds with the array’s gene fragments. The more copies of a gene present in the sample, the more material bound to the microarray. This translates into a brighter fluorescent signal when the arrays are analyzed, indicating genetic amplification. But doing the DNA microarrays is the easy part. The hard part is searching through all the results to find patterns. This is where citizen scientists can help. “Researchers have a wealth of DNA microarray data. Unfortunately computers simply aren’t good enough at understanding patterns or spotting things that look a bit unusual. The most effective tool for analysing cancer data is often the human eye. This means that scientists have to analyse a massive amount of data by eye, which delays their search for new cancer treatments,” explains Hannah Keartland Citizen Science Lead at Cancer Research UK. To tackle this, the team at Cancer Research UK launched a game called Play to Cure^TM: Genes in Space, a mobile app in which players help scientists identify genes that might contribute to cancer. The game which has players traveling through space in search of the precious ‘Element Alpha’ is really an interface for analyzing gene duplications in DNA microarray data. “Our game Genes in Space gets every day citizens to help analyze genetic data. By incorporating this analysis into the gameplay of an action-packed mobile game, we can get thousands of people involved in cancer research, greatly accelerating the time it takes to classify data. In the game, the actual the microarray data takes the form of ‘Element Alpha’, a valuable substance that players can trade for ship upgrades. Players plot their path through the areas of space where the Element Alpha is denser. This increased density is a visualization of DNA duplication, whereas the sparser areas, which players avoid, show gaps in the DNA. So while players are having fun they are simultaneously identifying variations in the gene data which give researchers clues about the causes of cancer.”

Microarray data (Top) being represented as a route on Genes in Space (Bottom). (Image Credit: Cancer Research UK) By mapping the microarray data, citizens will help identify potential cancer-causing genes. With this information, scientists will be able to target specific genes when developing treatments. An exciting payoff to targeting genes is the potential for individualized patient treatments. By understanding what is unique to a patient’s cancer, clinicians and researchers could provide treatments based on the genetic makeup of the individual and his or her cancer. Unfortunately individualized treatments are still quite a bit down the road. For now researchers need help sorting through all the genetic information. Genes in Space is the second citizen science interactive launched by Cancer Research UK. Their first was Cell Slider. In this web interactive, citizen scientists helped researchers predict how well a patient would respond to treatments by analyzing presence of estrogen receptors in tumors. Drug companies often forgo tumor analysis because it is too time consuming, thus preventing valuable treatments from being developed. By harnessing the public for research, the Cell Slider interactive was able to conduct laborious data analysis in a fraction of the time and advance our understanding of cancer. Cancer Research UK is very positive about the efficacy of engaging the public in research. “Our Citizen Science products can help our scientists to conduct their research much faster. Cell Slider answered one of the key questions of a large breast cancer trial in a third of the time it would have taken a research team alone. If we can repeat this for other trials and other studies, we could start to see these insights change the way doctors treat these cancers within years. Although the data we’ve analyzed to date is all breast cancer data, both Cell Slider and Genes in Space are suitable for analyzing data from a range of different tumor types. We want to use the power of the public to fight other cancers in the future.” Genes in Space is available for free on the App Store and Google Play. Cell Slider is accessible online. *** Genes in Space and Cell Slider are two of more than 800 projects on SciStarter, an online hotspot for citizen science participants and project owners. Find projects that suit your interests using our Project Finder or add your project to our database to recruit participants!