Can overweight people blame their tastebuds? 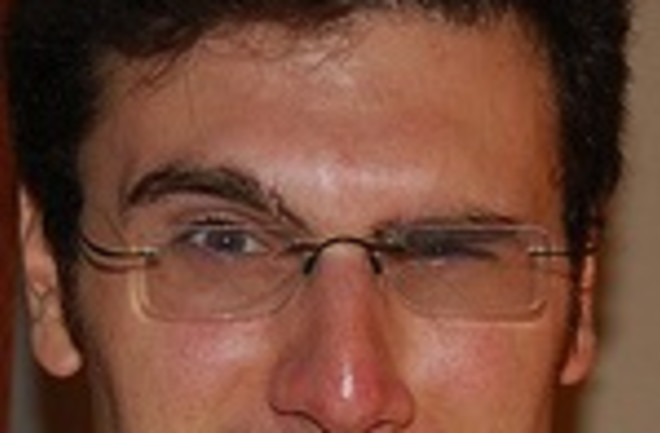 Photo: flickr/Russell NechesWith obesity reaching epidemic proportions, it seems like everyone and their brother is trying to figure out the cause. These scientists actually propose a fairly reasonable hypothesis: overweight people are more sensitive to the bitter flavors that are largely absent from highly processed (and hugely fattening) fast foods. To test the hypothesis, they had both overweight and normal subjects rate the the bitterness of foods. As a less subjective measure, they also recorded and rated the faces the subjects made in response to the bitter foods. It turns out that their hypothesis was right: overweight people do react more strongly to bitter foods. Is this making anyone else hungry for brussels sprouts?Facial affective reactions to bitter-tasting foods and body mass index in adults. "Differences in food consumption among body-weight statuses (e.g., higher fruit intake linked with lower body mass index (BMI) and energy-dense products with higher BMI) has raised the question of why people who are overweight or are at risk of becoming overweight eat differently from thinner people. One explanation, in terms of sensitivity to affective properties of food, suggests that palatability-driven consumption is likely to be an important contributor to food intake, and therefore body weight. Extending this approach to unpalatable tastes, we examined the relationship between aversive reactions to foods and BMI. We hypothesized that people who have a high BMI will show more negative affective reactions to bitter-tasting stimuli, even after controlling for sensory perception differences. Given that hedonic reactions may influence consumption even without conscious feelings of pleasure/displeasure, the facial expressions were included in order to provide more direct access to affective systems than subjective reports. Forty adults (28 females, 12 males) participated voluntarily. Their ages ranged from 18 to 46years (M=24.2, SD=5.8). On the basis of BMI, participants were classified as low BMI (BMI<20; n=20) and high BMI (BMI>23; n=20). The mean BMI was 19.1 for low BMI (SD=0.7) and 25.2 for high BMI participants (SD=1.8). Each subject tasted 5mL of a grapefruit juice drink and a bitter chocolate drink. Subjects rated the drinks' hedonic and incentive value, familiarity and bitter intensity immediately after each stimulus presentation. The results indicated that high BMI participants reacted to bitter stimuli showing more profound changes from baseline in neutral and disgust facial expressions compared with low BMI. No differences between groups were detected for the subjective pleasantness and familiarity. The research here is the first to examine how affective facial reactions to bitter food, apart from taste responsiveness, can predict differences in BMI." NCBI ROFL: Science proves women do have better taste. NCBI ROFL: New weight loss plan: drink crappy wine. NCBI ROFL: Presenting the Meatball-French fries-Meatball-French fries-Meatball-French fries-Cream-Brownie-Cream-Brownie-Cream-Brownie diet!