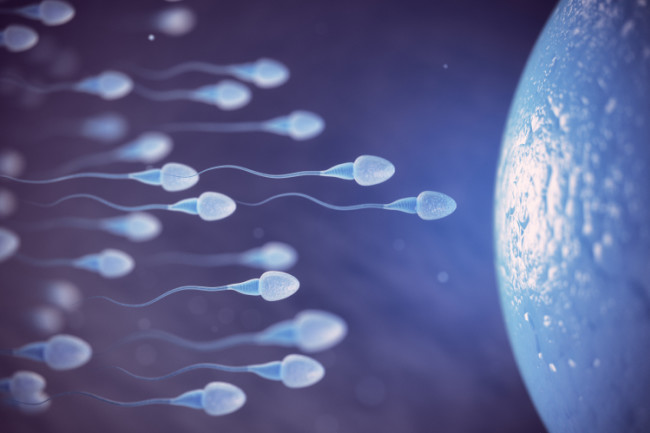 (Credit: Maxx-Studio/shutterstock) If you’re struggling with fertility, you might want to switch up your underwear. When it comes to sperm health, the boxers vs. briefs debate has delivered inconsistent results over the last few decades, leaving dads-to-be questioning their choice of undergarments. But the latest study, published on August 8 in the journal Human Reproduction, says that boxers are the way to go if you’re looking to conceive. The largest study of its kind shows that men who sport boxers have higher sperm counts and concentrations, and are more likely to fertilize an egg than men who wear briefs or other tight varieties. The whole concept is pretty simple: Snug underwear brings the testicles closer to the body, increasing scrotal temperature and creating an environment that’s too warm for sperm to function properly. But does science back this up? So far, it's been hard to tell. Some studies have supported this theory, while others show that sperm is more or less unaffected by your below-the-belt choice. Tight Debate, Loose Results One study published in 1998 in the Journal of Urology asked 97 men whether they wore boxers or briefs. They then measured their skin, core and scrotal temperatures, and analyzed their sperm. They found that there was no significant difference in scrotal temperature or sperm health between the boxers and briefs groups, or within the crossover group, where 14 men changed the type of underwear they wore and repeated the measurements. They ultimately concluded that underwear type was unlikely to impact the quality and strength of your swimmers. However, another study published in the journal Human Reproduction in 2012 contradicted these findings. They asked 939 men a combination of demographic and lifestyle questions, and then analyzed their sperm motility (how efficiently they swim through the female reproductive system and fertilize an egg). The research showed that black men who’ve had testicular surgery and work in manual labor jobs are more likely to have low-motile sperm concentrations. It also showed that men who wear boxer shorts and have conceived in the past are less likely to have low-motile sperm. One point for boxers, one for briefs. But the conflict continues. Research published in the American Society of Andrology in 2016 again studied underwear choice and fertility. They collected semen samples from 473 men who were trying to conceive, and recorded their day and night time underwear preferences. They found that neither boxers nor briefs were associated with infertility, the amount of time it took to get their partners pregnant, or sperm quality. The Latest Research

(Credit: M-SUR/shutterstock) In an effort to squash the debate once and for all, the Harvard T.H. Chan School of Public Health led the largest study yet that’s solely dedicated to underwear and sperm health. They collected semen samples from 656 men between the ages of 32 and 39 who were seeking fertility treatment. The researchers asked them what kind of underwear they'd been wearing for the past three months, placing them in the boxers, briefs, jockeys, bikinis or other category. Among the men, 53 percent said that they typically opted for boxers, which looks to be the right choice for reproduction. The boxers group had 17 percent higher sperm counts, 25 percent higher sperm concentrations and higher sperm motility than their non-boxer counterparts. And the results aren't limited to just sperm. Blood samples from 304 of the participants showed that the men who didn’t wear boxers had 14 percent higher levels of follicle stimulating hormone, which ramps up the production of sperm. Researchers think that the brain is releasing more of this hormone to compensate for the lower sperm count caused by tight underwear. "Beyond providing additional evidence that underwear choices may impact fertility, our study provides evidence, for the first time, that a seemingly random lifestyle choice could have profound impacts on hormone production in men at both the level of the testis and the brain," said the study’s senior author, Jorge Chavarro of Harvard’s T.H. Chan School of Public Health, in a news release. Since each study used slightly different methods and took different factors into account, it’s tough to directly compare the results. But for now, at least, the latest research might make you rethink those warm, tight briefs.