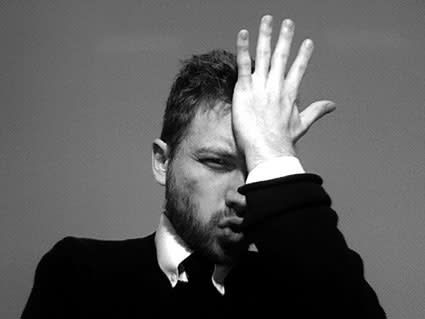 Earlier this week Richard H. Thaler posted a question to selected Edge contributors, asking them for their favorite examples of wrong scientific theories that were held for long periods of time. You know, little ideas like "the earth is flat." The contributor's responses came from all different fields and thought processes, but there were a few recurring themes. One of the biggest hits was the theory that ulcers were caused by stress---this was discredited by Barry Marshall and Robin Warren, who proved that the bacteria H. pylori bring on the ulcers. Gregory Cochran explains:

helicobacter pylori as the main cause of stomach ulcers

. This was repeatedly discovered and then ignored and forgotten: doctors preferred 'stress' as the the cause, not least because it was undefinable. Medicine is particularly prone to such shared mistakes. I would say this is the case because human biology is complex, experiments are not always permitted, and MDs are not trained to be puzzle-solvers---instead, to follow authority.

Another frequent topic of disbelief among Edge responders was theism and its anti-science offshoots---in particular the belief in intelligent design, and the belief that the Earth is only a few thousand years old. Going by current political discussions in America it may seem that these issues are still under contention and shouldn't be included on the list, but I'm going to have to say differently, and agree with Milford Wolpoff 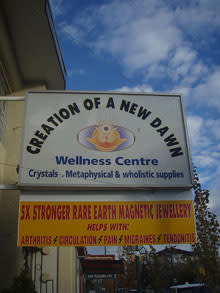 Creationism's step sister, intelligent design, and allied beliefs have been held true for some time, even as the mountain of evidence supporting an evolutionary explanation for the history and diversity of life continues to grow. Why has this belief persisted? There are political and religious reasons, of course, but history shows than neither politics nor religion require a creationist belief in intelligent design.

Along similar lines, many people still believe in the idea of souls and spirits, though the scientific search for a vital "life force" ended long ago, as Sue Blackmore

Of course many people still believe in various versions of this, such as spirits, souls, subtle energy bodies and astral bodies, but scientists long ago gave up the search once they realized that being alive is a process that we can understand and that needs no special force to make it work.

Early scientists didn't only seek "special forces" in our bodies, but also looked for them in the world around---and so fastened on the idea of "ether." Clay Shirky

liked the ether misconception the best, as it illustrates how hard it is to disprove some ideas:

One funny distinction that many responders picked out was Thaler's misconception that "the world is flat" idea would qualify as a long-held misconception. Confused yet? Geoffrey Carr

will sort it out for you:

Believing that people believed the Earth was flat is a good example of a modern myth about ancient scientific belief. Educated people have known it was spherical (and also how big it was) since the time of Eratosthenes. That is pretty close to the beginning of any system of thought that could reasonably merit being called scientific...

So, why do we so often miss the right answer, when it's often right there in front of us? Thaler asked his respondents to give us a hint. Haim Harari

, a physicist, noted that what's important isn't the answer, but the question being asked:

Part of the problem is that, in order to find the truth, in all of these cases, you need to ask the right question. This is more important, and often more difficult, than to find the answer. The right questions in the above cases are of different levels of complexity.

, think the lack of an alternate idea is the driving factor behind many long-held mistaken ideas:

Finally, there's the factor that's kept all sorts of erroneous beliefs alive — lack of a compelling alternative. The idea of strange-looking living creatures too small to see being the cause of infections wouldn't have gotten much of a hearing, not in the face of more tangible explanations. That last point brings up another reason that error persists — the inability (or unwillingness) to realize that man is not the measure of all things.

, and leave a link to your favorite in the comments here. Related Content: DISCOVER: Science's Most Spectacular Fails

DISCOVER: The Dr. Who Drank Infectious Broth, Gave Himself an Ulcer, and Solved a Medical Mystery

The Intersection: Creationism Disguised as Science