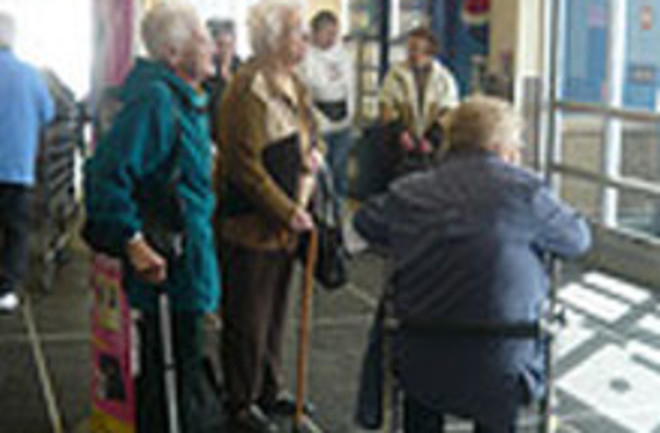 A new study based on neurological data and brain specimens from a group of nuns, known as the Nun Study, confirms that language skills earlier in life are linked to Alzheimer's disease risk in older age. But it also adds new, puzzling information to our knowledge about the disease: The brains of the women who did not have Alzheimer's symptoms had larger brain cells, or neurons, but not necessarily fewer of the plaques and tangles characteristic of the disease. To assess language skills early in life, researchers examined essays written by 14 women when they entered the convent, looking for the number of ideas expressed in every group of 10 words. A previous study linked grammatically complex writing skills to a decreased risk of dementia, and this study confirmed it: The essays written by women who maintained their memory scored 20 percent higher on language tests. "This is the second independent sample with the same result. We're back to the metaphor of the brain as a computer and a muscle," said [geriatric psychiatrist] Dr. Gary J. Kennedy.... "In volunteers who had no signs of Alzheimer's but did have the plaques and tangles, the neurons were actually larger and more functional with more connections" [

For the study, published in the journal Neurology, the researchers also went one step further by examining brains donated by 38 nuns when they died. Researchers found that the brains of some of the nuns who did not suffer memory loss had the trademark tangles and plaques found in Alzheimer's patients. Says study author Juan Troncoso:

The scientists found that the nuns who did not suffer from memory loss had the largest neurons. The findings

suggested that a growth in brain cells might be part of the body's early response to the onset of dementia, and this might help to prevent memory impairment. Troncoso said: "Perhaps mental abilities at age 20 are indicative of a brain that will be better able to cope with diseases later in life" [BBC News]. Although the study evaluated a small, select group of subjects, researchers hope to explore further whether language skills can predict Alzheimer's risk later in life.

More From Discover
Health
Walking vs. Running Benefits: Should You Walk or Run for Exercise?
Health
What is the Purpose of Hiccuping?
Health
Is Vitamin C Actually an Effective Cold Remedy?
Health
What Science Says About the Potential Healing Effects of Essential Oils
Health
Liquid Meal Replacements: Can We Move Beyond Food?
Health
Delta 8 THC Near Me: Where to Buy The Best D8 Products Online
Recommendations From Our Store
My Science ShopDiscover STEM Kits
My Science ShopDiscover 2022 Calendar
My Science ShopStrange Science
My Science ShopElements Flashcards
Shop Now
Stay Curious
Join
Our List