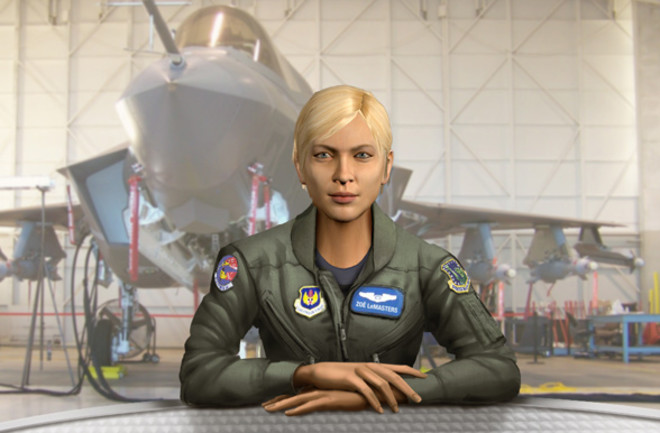 Grant writers and colleagues were dubious when Albert “Skip” Rizzo suggested modifying video games to help soldiers returning from Iraq and Afghanistan with post-traumatic stress disorder (PTSD). They called the idea “a harebrained treatment out of Star Trek,” recalls Rizzo, a professor of psychiatry at the University of Southern California and associate director of its Institute for Creative Technologies. But he was convinced that the computer simulations used to train soldiers for battle could also be harnessed to help them when they returned. By immersing the soldiers in realistic re-creations of combat experiences, he proposed, they could overcome one of PTSD’s most debilitating effects, a paralyzing compulsion to avoid anything that might remind them of the trauma. When Rizzo finally secured a grant in 2005, his ideas were quickly validated: Three months after completing 11 virtual reality sessions, 16 of 20 test patients no longer met the criteria for ptsd.

Now Rizzo is once again attempting to prove the skeptics wrong. This time he is using video game characters to overcome the reluctance of soldiers to seek mental treatment, even in desperate situations. Through the first half of 2012, at least 180 active-duty soldiers committed suicide, more than the number of U.S. troops who died in battle during the same period. According to many therapists, soldiers fear that an admission of depression or trauma will make them look weak or endanger their careers. So Rizzo and his team have created “virtual mental-health guides”—highly realistic digital mentors that deliver psychological guidance anonymously over the Internet. The guides answer questions, let soldiers self-evaluate, and encourage them to get help. “The intention here is not to replace traditional therapists,” Rizzo says. “We’re trying to break down barriers. Hopefully, once soldiers feel comfortable asking questions, they’ll feel more comfortable accessing help.”

Rizzo’s characters sit across a virtual table. To begin, the words “How may I help you today?” appear in a chat box. The user may then write back, “I’m not sure if I have ptsd.” The program will then inquire about symptoms and suggest places that offer treatment. The responses are tailored to what the soldier says. If the program picks up depressive answers, it might write back, “It seems like you are feeling down today. Perhaps I can recommend a website.” If it senses that the symptoms are serious (for example, if someone types, “I think I’m going to end it all”) the guide can refer the user to an anonymous hotline.

The first generation of the program, called SimCoach, represents a significant leap over most artificial intelligence programs currently in use, Rizzo claims. He compares his virtual mentor to Alex, a chatbot available at the top of the United Airlines website. Like SimCoach, Alex provides answers based on conversational information the user types in. But Alex cannot create answers specific to an individual. SimCoach keeps track of all the answers provided by a soldier and creates increasingly customized responses.

The SimCoach character’s responses also incorporate gestures and facial expressions to convey meaning. If the guide says, “Looks like you are having a hard time,” it will tilt its head to the side and perhaps hold its palms out in a welcoming gesture. “It’s the only game that tracks information and builds an evolving model,” Rizzo says. “The answer you get 12 steps down the line may be completely different from what someone else gets.”

SimCoach is being tested by several research teams at four groups of Veterans Administration hospitals and military bases. Preliminary results are positive, Rizzo says, but SimCoach is only a first step in his project. A newer version of the technology, SimSensei, should be rolled out in clinics at military bases and VA hospitals over the next year.

SimSensei can track posture, hand gestures, and vocal patterns, using those inputs to guide the computer’s responses. To gain those capabilities, Rizzo added a webcam, a microphone, and Kinect, a commercial body-tracking camera used in Microsoft’s Xbox 360 game console. The resulting system can recognize smiles, frowns, and affect associated with anger or depression. Rizzo’s goal is to provide more realistic, targeted feedback than SimCoach can.

The newer virtual guide, while still aimed toward anonymity, will initially be contained in kiosks and rolled out for testing in crowded veterans hospitals, where soldiers and veterans now often have to wait in long lines for a counseling appointment. Eventually, soldiers will probably be able to use SimSensei at home. Already, some televisions contain motion sensors, and most webcams are capable of gathering enough information to analyze vocal patterns and posture.

Rizzo’s collaborators on SimSensei include Sandy Pentland, director of the Human Dynamics Laboratory at the mit Media Lab, who has spent years studying the meanings embedded in vocal pitch and body language. To assess the reliability of reading a soldier’s nonverbal cues, Rizzo asked civilians and veterans who had been diagnosed with ptsd and depression to answer questions about their symptoms, such as disturbing thoughts or nightmares. Researchers videotaped the participants and recorded their speech patterns. Preliminary results confirm that Rizzo’s software can pick up cues like gaze direction, facial expressions, posture, and fidgeting associated with ptsd.

None of this will matter if soldiers do not like working with the virtual guide. To come up with characters soldiers can relate to, Rizzo and his team showed them renderings of around 20 potential candidates before settling on the three most popular ones: Female Aviator, a young woman wearing a green aviator suit (pictured above); Battle Buddy, an African-American soldier with a shaved head; and Retired Sergeant Major, a plainspoken civilian with close-cropped silver hair and a blue sweater who sits on a porch that looks out on rolling farmlands.

Rizzo believes his Sim programs are the gateway to helping more soldiers get the psychotherapy they need to overcome ptsd or depression. Hopefully, better mental health—and fewer suicides—will be the result.