Before I Die, I Hope I Get Old 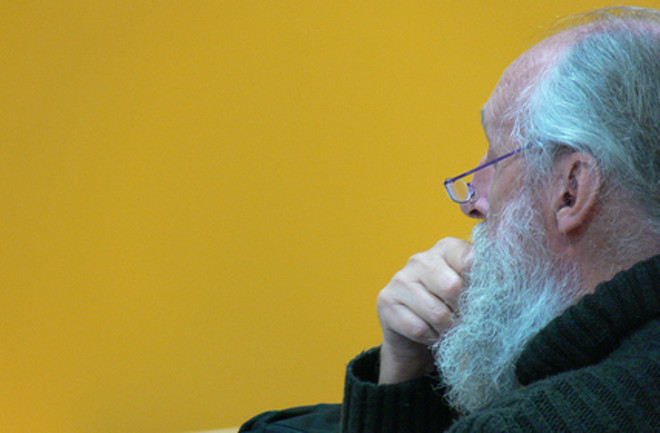 The world is getting old. Most developed nations have an aging population that outnumbers the young 'uns. Ted C. Fishman's new book, Shock of Gray, argues that this huge wave of elderly just might change the world. Recently interviewed at Salon, Fishman talked about a potential anti-agism civil rights movement, globalization fueled by young people immigration (get on my lawn?), and my favorite old-person related topic, super-longevity:

Our life span averages have leaped in the past century, as you point out, and I wonder if you think there's a point where we'll hit a ceiling. Now that you've read the science, is there really a possibility for immortality? I only read the science as a layman and I can only tell you who I trust, which is based on emotional signals as much as empirical ones. I do think maybe eventually we'll be able to reengineer the human body so that it's some mix of mechanization and biological miracle and we live forever. But in the lifetime of anybody who's reading the book, I think there are big limits to the expansion of the human life span. Our genetic makeup is such that the genes that help us grow when we're young tend to turn against us as we get old. [What's] more important than antioxidants [for extending our lives]? I don't know, I'm not a scientist. But looking over all the places where longevity is more common, sociability is a telling characteristic. Antioxidants might be very promising, but this is the cycle of all promises of anti-aging -- hype and debunking, hype, debunking. But we do know what the sure things are. Public health, sociability and literacy.

Those last three pieces - public health, sociability, and literacy - would seem to rule out most of the "eat this food, not that food" logic around longevity. Combine that with advice of the oldest twins in Britain, to enjoy "laughter and having a joke with each other" and you've got a pretty good recipe for long life: read a bunch, hang out and laugh with friends, and live somewhere nice. That is a set of goals I can shoot for with gusto. I do, however, hope that, as Fishman says, we might be able to "reengineer the human body so that it's some mix of mechanization and biological miracle and we live forever." While we're waiting for that to happen, it seems the key to living a long time is to just enjoying being alive. Maybe if I enjoy being alive long enough, I'll live to see super-longevity become a reality. Then I can enjoy being alive for a really, really long time. On that note, I'm going to go read a book and have a laugh. Image from manuel | MC on Flickr