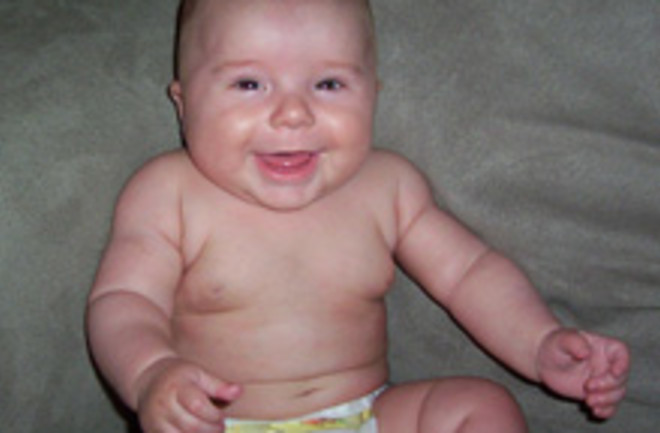 Brown fat—the "good" kind of fat—is often thought of as baby fat, but new research has found that it exists in adults and may play a role in regulating metabolism and staving off type 2 diabetes. White fat, or "bad fat," stores energy, but also clogs arteries and accumulates as visible body fat. Brown adipose tissue burns calories for heat, but until now has been thought to exist only in childhood, disappearing as the body became more muscular. Now, three newstudiespublished in The New England Journal of Medicinenot only found adults still had brown fat, but that slim adults had more of it than fatter ones [BBC]. The researchers are now seeking a way to activate brown fat to improve both weight control and glucose metabolism, which would help prevent obesity and diabetes. The studies found that brown fat stores decrease as people age, and that thinner people with normal blood glucose levels have more brown fat. However, it isn't yet clear whether increased brown fat is a cause or a result of being thin. Brown fat was also more active during colder weather, when it plays a key role in burning energy to produce heat [AFP]. For now the only safe way known to activate brown fat is to stay chilly, right at the verge of shivering, for prolonged periods. That reproduces the conditions that led to the evolution of brown fat—namely, life-threatening cold in babies and small furry animals that can't put on clothes to keep themselves warm [Los Angeles Times]. In the study of nearly 2,000 patients, the scientists found signs suggestive of brown fat deposits on routine medical scans in 7.5% of the women and 3% of the men investigated [BBC]. In another of the studies, scans of subjects who spent time in a cold room measured the location and metabolic activity of brown fat deposits. Brown fat showed up as "hot spots" in the scans of 23 out of the 24 volunteers. The one with no detectable brown fat was the most obese [NPR]. Brown fat cells are known have a high density of mitochondria that leak most of the energy from nutrients, such as sugars and fats, as heat, instead of breaking them down into a form that the cells can use. Activated brown fat burns white fat as fuel. It's a very inefficient process that gives off heat—and consumes a lot of fat [WebMD]. Metabolism researcher Dr. Francesco Celi said, "This is a tissue whose sole physiological purpose is to expend energy. That makes it an ideal target" for drugs or other measures designed to make it more active [Los Angeles Times]. Related Content: 80beats: “Good Fat” Could Actually Fight Obesity 80beats: Diet and Exercise in a Pill: Experimental Anti-Obesity Drug Could “Trick” the Body DISCOVER: 20 Things You Didn't Know About... Fat