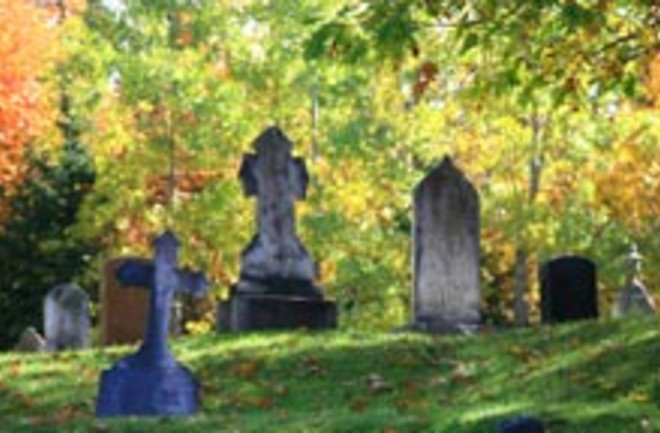 Washington state's "death with dignity" law goes into effect today, making Washington the second state in the nation to allow terminally ill people to hasten their own deaths. The state's voters approved the assisted suicide initiative by a broad margin in a November vote.

Modeled closely on a decade-old Oregon law, it allows physicians to prescribe lethal doses of medication to terminally ill patients determined to have six months or less to live [Seattle Times].

In a nod towards the controversial nature of assisted suicide, the new law does not compel all hospitals and doctors to help their patients die.

An opt-out provision for hospitals was included, partly for the sake of health care providers affiliated with religious groups like the Roman Catholic Church, though many nonreligious hospitals have also invoked it. “I don’t think it’s necessarily a faith-based decision,” said Julie Petersen, the administrator of one public hospital that will not participate, Prosser Memorial, in a rural area of eastern Washington. “I think it’s probably more a reflection of the community” [The New York Times].

But while the new law was expected to go into practice without much fuss in Washington, across the country in Georgia several "right-to-die" activists were arrested for helping a 58-year-old man kill himself. The Georgia police arrested four members of a group called the Final Exit Network, which

uses volunteers who are not physicians as "exit guides," contending such efforts are necessary to help those who want to die but live in states where doctor-assisted suicide is illegal.... The Georgia Bureau of Investigation says the group may have helped 200 people around the nation commit suicide by sending exit guides to their homes to show them how to suffocate themselves using helium tanks and a plastic hood [AP].

The group says it has a medical committee that evaluates each applicant's file, but it does not require that a physician be present during the suicide. The group's freelance methods and looser standards on who should be helped towards death has caused more well-known figures in the right-to-die movement to distance themselves. Dr. Jack Kevorkian, who says he participated in 130 deaths before going to jail in Michigan, has said that assisted suicide must be strictly a medical service, and criticized the Final Exit Network.

"They're doing what they can do within the bounds of circumstance. I understand that, but it is still the wrong way" [AP]

Causes of Phobias Can Be Complicated

More From Discover
The Sciences
5 Top Breakthrough Medical Technologies and How They Changed The World
Health
Autoimmune Diseases Are on the Rise, Along With More Promising Preventative Measures
Health
Omicron Variant: What We Know So Far
Health
Humans Have Altered Their Life Expectancy in Extraordinary Ways
Health
Medical Aid in Dying: A Comprehensive Breakdown
Mind
A Personal Glimpse at Living With Early-Onset Alzheimer’s Disease
Recommendations From Our Store
My Science ShopDiscover STEM Kits
My Science ShopDiscover 2022 Calendar
My Science ShopStrange Science
My Science ShopElements Flashcards
Shop Now
Stay Curious
Join
Our List