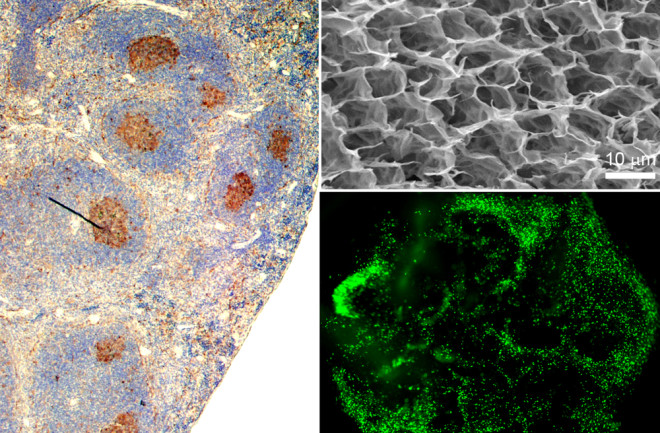 In a first, engineers have invented artificial immune tissues that can produce antibodies. Made from gelatin-based biomaterials and seeded with living cells, the synthetic organoid mimics lymph nodes and stimulates B cells, according to a June study in Biomaterials. B cells swing into action when the body is under attack, generating antibodies and fine-tuning them to fight specific infections.

The immune organoid is up to 10 times more efficient than the current method of culturing cells in a petri dish. The potential applications for this platform, which could eventually eliminate the need to do immune system animal research, include tracking how blood cancers develop when B cells go haywire and devising new therapies to attack other cancers. The organoid could also help researchers design vaccines by exposing the B cells to viruses that cause HIV, Ebola and other infectious diseases, and coaxing them to generate targeted antibodies.

[This article originally appeared in print as "B Cell Breakthrough."]