Antibiotics Are Powerless Against This New Superbug 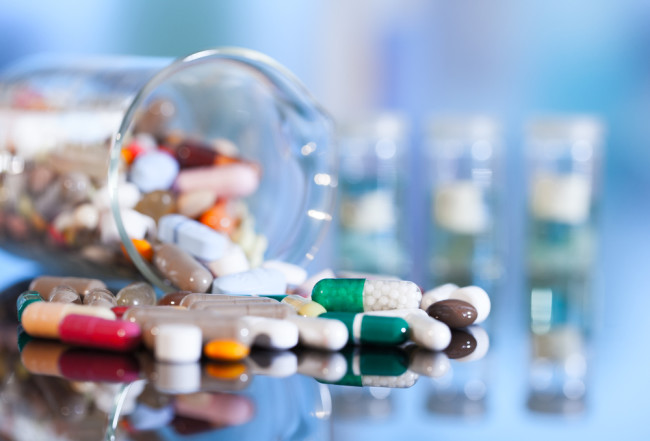 Sooner or later, evolution was going to render antibiotics useless, and new evidence indicates we're quickly being outflanked by infectious bacteria. Researchers in China have discovered a strain of E. coli bacteria resistant to all known antibiotics. In a study published last month in The Lancet, the scientists describe the emergence of a new gene, MCR-1, that grants E. coli bacteria immunity to a class of antibiotics called colistin, also referred to as polymyxin. Colistin is widely considered a last-resort treatment against multi-drug resistant bacterial infections in humans, but now that this defense line has been breached, scientists will need to expand their arsenal of infection-fighting weaponry.Livestock the CulpritE. coli are already more resistant to antibiotics due to an additional membrane in their cell walls. This added line of defense places E. coli in a class of bacteria known as gram-negative. Colistin was one of the few antibiotics known to be effective against this class of microbes, because of its ability to disrupt the structure of gram-negative bacteria cell membranes. The pan-resistant E. coli was first found in Chinese livestock, but was soon detected in humans. And in the latest news, the impervious strain has spread to Europe where it has infected poultry in Germany, as well as a man in Denmark. Researchers worked quickly to sequence the bacteria, and identified the MCR-1 gene as the immunity-granting culprit. MCR-1 is found in the plasmid, which is a separate section of DNA in cells that often carries genes that help cells survive, such as genes that encode a resistance to antibiotics. The Chinese researchers also reported another troubling finding about MCR-1: It is the first case of a colistin-resistant gene spreading through horizontal gene transfer, a process by which organisms share genetic material directly with each other as opposed to passing it down through generations. Sharing genes directly allows mutations to spread through a population very quickly, and is one of the primary means by which bacteria acquire resistance to antibiotics. A Growing Problem While the growing number of antibiotic-resistant bacteria has troubled scientists for some time, it has only recently become an issue of pressing importance, largely because the development of new forms of antibiotics has tapered off. The livestock industry's widespread and often unregulated use of antibiotics, including colistin, to keep animals healthy and promote growth has been identified as a major culprit in breeding new forms of antibiotic resistance. The rapid growth of livestock production in China has been of particular concern, as the government there imposes few limitations on the use of antibiotics. Other factors that can lead to antibiotic-resistant bacteria include the misuse of the drugs by humans, such as doctors who prescribe them to their patients before a diagnosis is made. Patients who fail to complete their full course of antibiotics may also aid in creating a resistant strain. Health officials have stressed the importance of better education regarding antibiotics, as well as stricter regulations regarding their use. The implications of antibiotic-resistant bacteria include so-called superbugs, or bacteria harmful to humans that do not respond to any known medicines. The World Health Organization has already warned antimicrobial resistance could lead to "a return to the pre-antibiotic era," where once curable infections prove to be fatal. Unstoppable diseases have all the trappings of a Hollywood blockbuster, but they may soon become all too real.