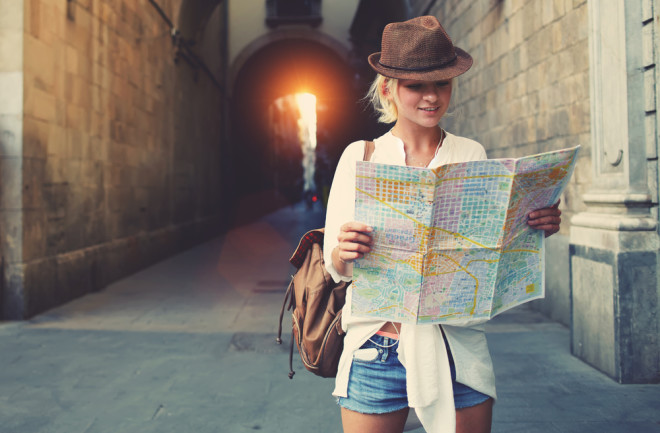 (Credit: GaudiLab/Shutterstock) When travelers return from a journey, they usually hope to bring back some souvenirs, photos and maybe a slightly different perspective on the world. But, they may be bringing something more harmful back with them as well. Not only did tourists bring back genes that rendered their gut bacteria resistant to antibiotics, it took as little as two days for it to happen, according to the results of a study presented recently at a conference of the

Hitching a Ride Petra Wolffs, a researcher at the Maastricht University Medical Centre in the Netherlands, and her team followed Dutch travelers to Canada, China, India, South Korea and the Philippines. They took stool samples and hand swabs from them every day, as New Scientistreports. Then, the team analyzed the genomes of the bacteria they found in travelers’ digestive systems in order to observe how they picked up genetic information from local bacteria. In India, the gene transfer took only two days for some travelers. The researchers looked specifically at genes that confer resistance to antibiotics, such as MCR-1, which grants bacteria immunity to colistin, a "last-resort" antibiotic, and qnrB, which makes bacteria immune to quinolone, another important antibiotic. Several travelers in India picked up the qnrB gene, and a separate study showed that seven Dutch tourists out of a sample of 122 picked up the MCR-1 gene. Another gene, called CTX-M and known to destroy penicillin, was present in some travelers returning from south-east Asian countries as well. Well-traveled Bacteria While the travelers' didn't pick up these genes themselves, they were present in their gut bacteria. The microbes that populate our digestive system are beneficial for the most part, and play an important role in digestion and other bodily processes. If these bacteria can pick up genes that confer resistance to drugs, however, it’s likely that more deadly bacteria can as well, potentially accelerating the spread of multiple-drug resistant antibiotics around the world. The first strain of bacteria possessing a resistance to colistin was reported in the U.S in May, and more cases are likely to appear. Wolffs previous research showed that international travel led to gene transfer, and her latest study reveals that it can happen in the time it takes to shake off the jet lag. What's more, the genes stuck around in the travelers' guts for up to a month after returning, ample time for them to spread. Countries such as India are more likely to see cases of antibiotic resistant bacteria due to poor health conditions and a greater prevalence of disease that give bacteria more opportunities to evolve resistance. While none of the people in the study suffered any ill effects from their microscopic hitchhikers, people with poor immune systems could be at a higher risk.