Vaughan Bell is a clinical and research psychologist based at the Institute of Psychiatry, King's College London and currently working in Colombia. He's also working on a book about hallucinations due to be out in 2013. 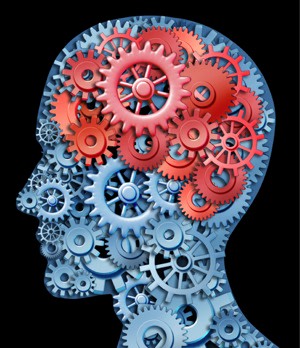 During surgery, a patient awakes but is unable to move. She sees people dressed in green who talk in strange slowed-down voices. There seem to be tombstones nearby and she assumes she is at her own funeral. Slipping back into oblivion, she awakes later in her hospital bed, troubled by her frightening experiences. These are genuine memories from a patient who regained awareness during an operation. Her experiences are clearly a distorted version of reality but crucially, none of the medical team was able to tell she was conscious. This is because medical tests for consciousness are based on your behavior. Essentially, someone talks to you or prods you, and if you don't respond, you're assumed to be out cold. Consciousness, however, is not defined as a behavioral response but as a mental experience. If I were completely paralyzed, I could still be conscious and I could still experience the world, even if I was unable to communicate this to anyone else. This is obviously a pressing medical problem. Doctors don't want people to regain awareness during surgery because the experiences may be frightening and even traumatic. But on a purely scientific level, these fine-grained alterations in our awareness may help us understand the neural basis of consciousness. If we could understand how these drugs alter the brain and could see when people flicker into consciousness, we could perhaps understand what circuits are important for consciousness itself. Unfortunately, surgical anesthesia is not an ideal way of testing this because several drugs are often used at once and some can affect memory, meaning that the patient could become conscious during surgery but not remember it afterwards, making it difficult to do reliable retrospective comparisons between brain function and awareness. An attempt to solve this problem was behind an attention-grabbing new study, led by Valdas Noreika from the University of Turku in Finland, that investigated the extent to which common surgical anesthetics can leave us behaviorally unresponsive but subjectively conscious. Rather than researching patients undergoing surgery, they asked for healthy volunteers to be "put under" specifically for the purposes of investigating consciousness during anesthesia. The researchers recruited 40 healthy student volunteers and anesthetized each of them using one of four common drugs (dexmedetomidine, propofol, sevoflurane, or xenon) while recording a simple electrical brain response called the bispectral index, which is commonly used as a rough "depth of anesthesia" measure. In addition to the standard surgical way of checking unconsciousness, participants were also regularly asked to open their eyes to check when they stopped and started responding. Afterwards, each participant was questioned about their memories of the anesthesia session to see if they had conscious experiences even when seeming to be comatose. These included simple thoughts or perceptual experiences like flashes of light, to more complex experiences such as seeing or hearing the researchers, or having dream-like, out-of-body hallucinations. It turns out that despite being rated as unresponsive and, therefore, by the current medical definition, unconscious, participants reported conscious experiences in about 60% of the sessions. This does not mean that everyone was "awake" as we normally understand it, as the extent to which the experiences reflected the reality of what was going on around the person varied, but the volunteers were clearly having conscious experiences.

“I had a dream in which one of the nurses here got suspended from her work, which was not a bad thing after all”, and then “I saw a beautiful beach” “I had a dream in which my friend’s roommate, who studies medicine, was sitting next to me here in the laboratory, telling me that we have to go to the city”. “At some point I was a bit anxious, but after that I felt extraordinarily good” Had several quick visual experiences. In one vision the participant was “playing football”. “Suddenly [after the football dream] we were pirates, and at some point we went to swim”, “when the drug started to work, my head came out of my body”

It's important to note that although consciousness was reported in about 60% of the sessions, this isn't a good guide to how frequently this happens in actual surgery. Surgical operations typically use much higher levels of anesthesia and research suggests that awareness during surgery happens in about 1 in 1,000 cases and is typically fleeting. In fact, in this study, the researchers tested a selection of anesthetics but only used one in each session, whereas surgery typically involves several drugs at once. Nevertheless, the finding that common anesthetics, when used alone, may leave us unresponsive but conscious is fascinating in itself. Moreover, the study is perhaps more important for pioneering a technique that may help us understand how consciousness relates to brain function. The team suggest that slowly increasing levels of anesthetic in experimental studies could help us pin down exactly which neural changes are linked to the disappearance of subjective experiences---like a dimmer switch for the conscious mind that can be used alongside brain scanning and neuropsychological experiments. Testing various drugs may help: this new study found tantalizing evidence that different anesthetics affect the ability to respond and have mental experiences at different depths of sedation, in line with the fact that they are known to have radically different neurochemical effects. So in addition to being an essential medical tool, this technique may also help us dissect one of the greatest hard problems of cognitive science.

HealthWhat Science Knows About Fibromyalgia, a Painful Illness That is Often Invisible
Recommendations From Our Store