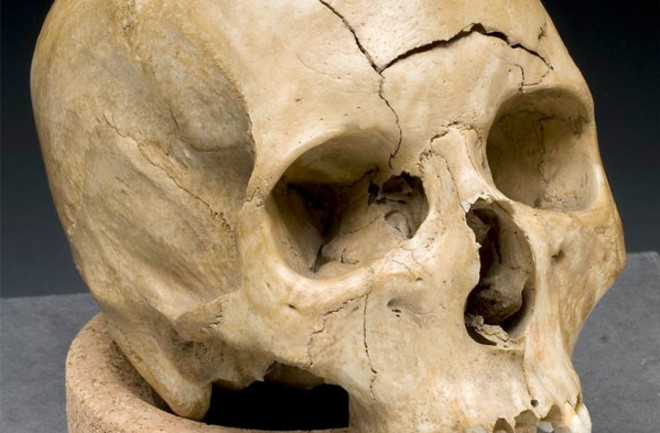 Courtesy U.S. National Library of Medicine It's pretty standard for scientists to look at human skeletons to reconstruct past human health. But a new approach looks not at our ancestors themselves but the hardened gunk on their teeth to re-create the timeline of human dietary changes. Scientists performed that analysis by looking at an array of ancient teeth. They found that shifts in the human diet over the millennia have led to big drop-offs in the diversity of good bacteria in our mouths---and the result is a severely weakened oral ecosystem and an increased risk of various diseases. Saliva contains bacteria and minerals which accumulate on our teeth as plaque. Since skeletons can't brush their teeth, this film eventually crystallizes on tooth enamel to become almost bone-like, preserving the bacterial DNA inside it. The DNA of bacteria in crystallized plaque provides a snapshot of a person's diet, health and oral pathogens. Scientists analyzed examples of this oral bacteria in teeth from different historic periods to see how it compared with the diseases evident in other previously studied skeletons from that time period. As it turns out, ancient hunter-gatherers actually had pretty good dental health, as evidenced by their healthy teeth and diverse bacterial populations. Things didn't start going downhill until the Neolithic period, about 10,000 years ago. At this point people transitioned to an agricultural society and ate mostly wheat and barley. These carbohydrates are fermentable, and encourage prolific growth of only a few kinds of bacteria in the mouth. These species overtook the others, creating a relatively homogeneous oral bacterial population. Tooth decay and gum disease soon followed, which are visible in the skeletons. Both infections can be avoided by having a healthy mix of oral bacteria, according to the results published this week in Nature Genetics. Then came the industrial revolution in the mid 1800s, when processed flour and sugar took over. Diets became even more carbohydrate-rich, and bacterial diversity plummeted. With less diversity in mouth bacteria, these microbiomes lost their resilience. Today's mouth microbiota are far less able to deal with pathogens or dietary imbalances than early humans. The result is a dramatic increase in tooth decay and gum disease: today 60 to 90 percent of children in industrialized nations have tooth decay. And researchers say the effects of this drop in diversity go beyond the mouth to make us less able to fight off systemic diseases like arthritis, heart disease and diabetes, too.