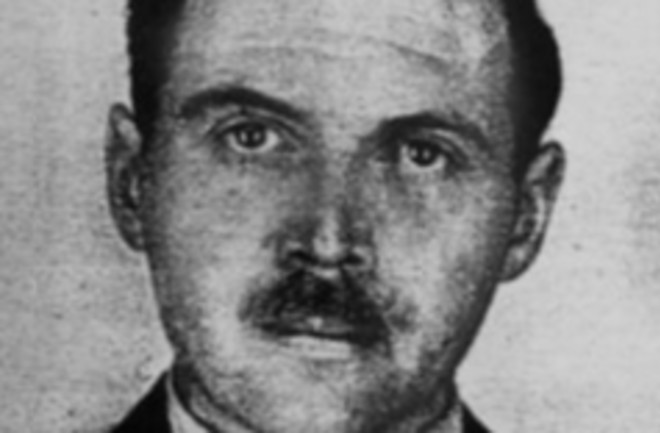 This isn't the face of the futureI was in the audience when Anne Morris, co-founder of GenePeeks, gave a presentation to outline the services that they are aiming to provide at the Consumer Genetics Conference. Honestly my biggest reaction was, "Oh, this is 2013, I suppose. And boy, Lee Silver has a lot of energy" (he kept bouncing around the back of the conference room). From what I can tell the "technology" is the sort of brute-force "subtlty" only feasible in our era because of the intersection of sequencing and computation. After the presentation it looks like GenePeeks is revving up its marketing engine (as promised). From a lengthy BBC story which reads more like a press release with caveats:

Ms Morriss's business partner, Prof Lee Silver, a geneticist and expert on bioethics at Princeton University, New Jersey, told BBC News: "We get the DNA sequence from two prospective parents. We simulate the process of reproduction, forming virtual sperm and virtual eggs. We put them together to form a hypothetical child genome. "Then we can look at that hypothetical genome and - with all the tools of modern genetics - determine the risk that the genome will result in a child with disease. We're looking directly for disease and not carrier status. For each pair of people that we're going to analyse, we make 10,000 hypothetical children." The process will be run for the client and each potential donor one by one, scanning for some 600 known single-gene recessive conditions. In this way, the highest-risk pairings can be filtered out.

In general I'm moderately skeptical of patents for these sorts of analytics (in particular, the non-obvious parts). Though to be fair I'm skeptical of patents in general due a long-standing Grusification of my attitudes in this domain. I suspect in the near future you'll have R packages which can do this sort of thing on the cheap. GenePeeks' core consumer segment are women who need to make recourse to sperm donors, so this isn't going to be mass-market. And, they're focusing on recessive disease probabilities. But it is obvious that extensions of this model could be much more ubiquitous and societally impactful. And, GenePeeks' consumer strategy is a hint at what the face of the cutting-edge of modern personal genomics is going to be. It won't be traditional conservative families who multiply fruitfully and early. Rather, a disproporionate number of consumers will probably be couples such as Anne Morris and her wife, Francis Frei, who you might know from extensive coverage in an article on women at the Harvard Business School. Educated women who delay childbearing and expect to have two children at most, many in "non-traditional" personal arrangements. This is why the constant focus on eugenics and Nazis strikes me as unhelpful. The past and the present really have little to do with each other, but that's partly because the present is changing our expectations almost imperceptibility. So the easiest course is to yammer on about Hitler while the single female professional down the street takes her own reproductive chocies into her own hands (so to speak). Finally, I do need to enter into the record that there are probably limitations to any algorithm which computes the phenotype of offspring. GenePeeks and its competitors are going to focus on large effect high penetrance variants which are causal in Mendelian diseases because that's doable, and also not as ethically controversial. But the genomic architecture of quantitative traits such as height and intelligence are going to make prediction using sequence data less useful (the best prediction is probably going to be parental phenotype for a while). And of course what may be "good" in one generation may not be good in another. W. D. Hamilton, an avowed eugenicist, admitted reservations about the prospect of genetic optimization in The Narrow Roads of Gene Land mostly for this reason. At the end of the day I agree that a broad-based discussion of the ramifications of personal genomics is useful and necessary. But the conversation ends when someone brings up the N-word.