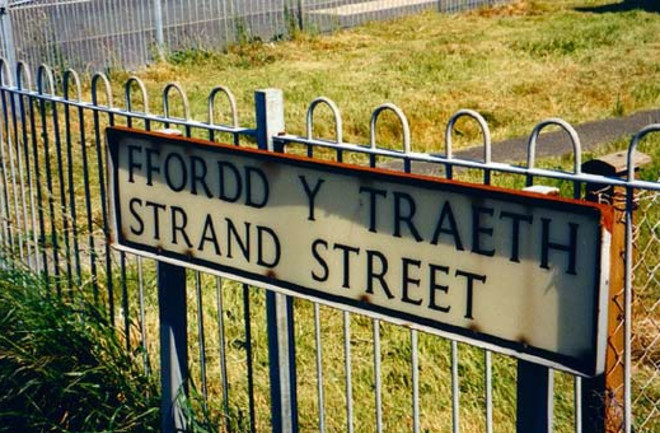 A bilingual brain is a healthy brain. (Un cerebro bilingüe es un cerebro sano.) Speakers of two languages may have extra defenses against the onset of dementia and Alzheimer's disease—that's according to new research announced this weekend at the American Association for the Advancement of Science meeting in Washington, DC. Psychologist Ellen Bialystok and her team studied more than 200 Alzheimer's patients with about the same level of mental acumen, about half of whom were bilingual and half of whom were monolingual. The result: On average, the speakers of multiple languages had been diagnosed four years later in their lives. Says Bialystok:

"Being bilingual has certain cognitive benefits and boosts the performance of the brain, especially one of the most important areas known as the executive control system. We know that this system deteriorates with age but we have found that at every stage of life it functions better in bilinguals. They perform at a higher level. It won't stop them getting Alzheimer's disease, but they can cope with the disease for longer." [The Guardian]

To get a look at that system, the team took CT scans of the patients' brain. That's when they found something curious: The physical ravages of Alzheimer's were actually more advanced in the brains of bilinguals, despite the fact that they were mentally more protected.

Apparently, the bilinguals' brains are somehow compensating, she said. "Even though the 'machine' is more broken, they can function at the same level as a monolingual with less disease," she said. [National Geographic]

Bialystok's research, which appears in Neurology, isn't the only good news for bilinguals. A separate study by Janet Werker says that babies raised to speak at least two languages from birth have an amazing ability we monolinguists lack: They can tell the difference between two languages they've never heard just by watching to people speaking—they don't even need to hear them.

Given regular exposure to two languages, infants develop a general ability to track closely what they hear and see in decoding languages, Werker proposed. In the visual realm, such information may include lip movements, the rhythm of the jaw opening and closing, and the full ensemble of facial movements while talking. [Science News]

Not everyone was fortunate enough to hear multiple languages from birth, but Bialystok says that's OK—bilingualism could offer brain benefits even if you wait until later in life to finally master those French verb conjugations.