A Victory for the Atkins Diet? Not So Fast. 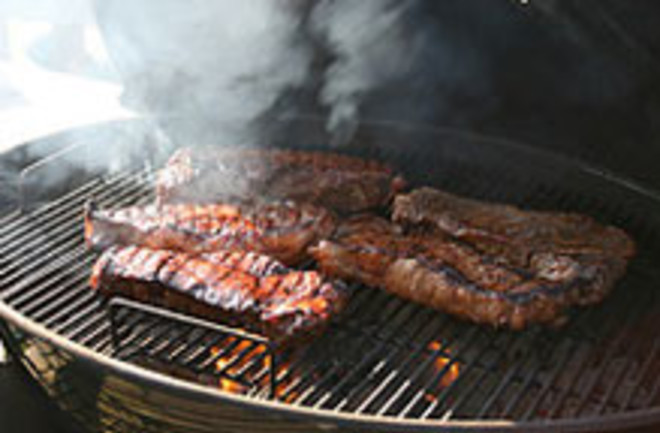 The results are out from a new study that compared the results of three different diets, and the researchers say that the famously low-carbohydrate, high-fat Atkins diet was the most effective.

Lead researcher Meir Stampfer claims: "The low-carb diet was the clear winner in providing the most weight loss" [ABC News].

But many others are less convinced that the study gives the prize to the Atkins diet, and say that the study had some serious flaws. The study, published in the New England Journal of Medicine, compared the Atkins diet to a low-fat diet that emphasized whole grains, fruits, and vegetables, and also to a "Mediterranean" diet that allows a modicum of fats in the form of olive oil, nuts, and fish. While obese people who stuck with the Atkins diet for two years lost an average of 12 pounds, compared to 10 pounds for the Mediterranean dieters and 7 pounds for the low-fat dieters, some say that focusing on those numbers misses the point.

The study... was supposed to determine which of three types of diets works best. Instead, the results highlight the difficulty of weight loss and the fact that most diets do not work well [The New York Times].

Finally, some question whether the winning diet in this study can really be classified as the Atkins diet that Americans heard so much about in 2003 and 2004.

[T]he low-carb dieters in the study "were counseled to choose vegetarian sources of fat and protein."... "A vegetarian Atkins?" said Dr. Dean Ornish, a proponent of low-fat eating and critic of the recent study. "Most people associate an Atkins diet with bacon, butter and brie, not a plant-based diet" [The New York Times

Under the circumstances, doctors seem unlikely to start recommending the Atkins diet: The study's credibility is a tad shaky considering it was funded in part by the Atkins Foundation. Moreover, the American Heart Assn. released a statement this morning standing by its long-time recommendation that cutting fat in the diet is the optimal way to achieve good health and weight loss [Los Angeles Times blog].

[H]e notes that the Mayo Clinic Healthy Weight Pyramid has recently changed, with fruits and vegetables now at the bottom, and grains just above in a lesser role. "This study is totally in line with that," Gardner says [Science News].