A Rare Tropical Virus From a Mosquito Bite

A mosquito bite results in incredible joint pain, crushing headaches and a friend who stays on the case. 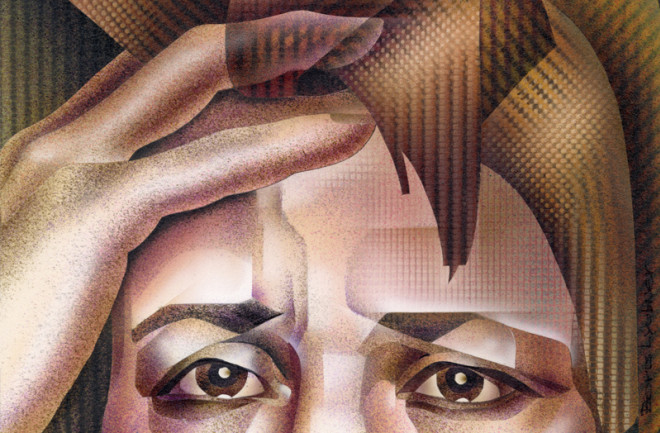 Talk about the dog days of summer.

In her sister-in-law’s guest bedroom, my friend Reese, a Hollywood publicist, kicked at her sheets, trying to cool off.

The next day, Reese discovered welts on her ankles. She wasn’t surprised. “I’m a lightning rod for mosquitoes,” she later told me.

What Reese never imagined, however, was the malignant virus that entered her blood during her brief Texas getaway. Nor did any of her doctors consider the same sultry blight when, two weeks later, Reese was sicker than she could ever remember being.

In the end, a friend-turned-sleuth cracked her case.

“What the heck?” Reese thought. “These body pains and headache are killing me. And now I’m covered in blotchy bumps?”

Reese lay in a darkened room, collecting her thoughts. Several days earlier — her eyes burning, her skin clammy, her limbs heavy with fatigue — she had visited an urgent care clinic. At first the doctor seemed flummoxed, but finally concluded Reese “must have the flu.” Then her skin erupted in a dusky, red rash, and Reese wangled an appointment with her family physician.

“Stay on Tamiflu,” Dr. Chen advised, while conceding three facts: 1) No, she hadn’t seen any other cases of influenza that month. 2) Having the flu without a cough or sore throat was odd. 3) The spots covering Reese’s arms, chest and abdomen were also perplexing.

“But one thing is clear,” Chen added. “You don’t have measles or shingles.”

Chen then sent Reese for routine blood tests. Meanwhile, Reese’s lower back pain and joint aches got worse. Soon, she could barely walk.

Reese’s lab results were the next unhelpful piece of the puzzle. Yes, her white cells were down, which fit with a viral infection. On the other hand, she wasn’t anemic, her liver enzymes were normal and her platelets — those little cellular bits that help stanch bleeding — were neither too high nor too low.

Several days later, Reese sent me an email and a photo of her rash.

One look at Reese’s lurid skin was enough to convince me. She needed an infectious diseases consult, pronto. My colleague Dr. Jha added Reese to her schedule, performed a detailed history and exam and, finally, ordered a whole new batch of infection-specific tests . . . save one.

“She’s really sick,” Buzz stewed for the umpty-umpth time, “and no one knows why.” Buzz, a TV sitcom and children’s show writer, first met Reese when they were Hollywood youngsters. Three decades later, they remained close friends.

Over those years, Buzz continued a lifelong habit that, by his own description, made him a modern-day dinosaur. Nearly every morning, he still leafed through a real newspaper, reading anything that piqued his interest. Suddenly, while ruminating about Reese, a scrap of information he’d seen in the paper sprang to mind: “Hey, what about that weird disease in Key West? It was spread by mosquitoes. Den-something. Den-dee? Den-go? Den-gay?”

Aedes albopictus, or Asian tiger mosquito, is a primary carrier of the dengue virus. | Science Source

Buzz had no idea how to spell the name, but now he was on a mission. He went to his desk, turned on his computer and got to work. Later that day, he called Reese.

Los Angeles, Sept. 25: “Gosh, I’m just not sure,” Jha thought. “Maybe she needs a spinal tap after all. Yes, her joint pains and rash are better, but she still has terrible headaches. And today her white cells and platelets are way down.”

While my colleague weighed her options, Reese, perched on an exam table, also debated. Finally, she took the plunge and took charge. After all, even her analytic lawyer-husband agreed that her illness closely matched the exotic blight Buzz had dredged from his memory.

“Dr. Jha,” Reese asked, “before you do a spinal tap or anything, can you make sure I don’t have dengue fever?”

Months later, my colleague shared her private reaction to the startling request. Dengue fever in Austin, Texas? C’mon. How likely was that?

Thankfully, she still sent the test, and five days later it came back unequivocally positive.

All it Takes is a Bite

Mosquito-borne viruses are on the move, and, before long, many readers of this article could encounter one or more in their own backyard. In 1999, heralded by dead crows, West Nile virus arrived in New York City; four years later it reached California. Yes, West Nile mainly infects birds, but Culex mosquitoes also transmit the sometimes neuro-invasive virus from avians to humans, horses and other animals.

In contrast, humans constitute a primary reservoir of Chikungunya and the dengue virus. First isolated in East Africa in the 1950s, Chikungunya caused major epidemics in Asia in the 1960s, ’70s and ’80s, and re-invaded the Indian subcontinent in the mid-2000s. Since then, it has continued its global march, most recently landing in the Caribbean in late 2013.

In the African Makonde language, the disease’s name means “that which bends up.” The phrase reflects the contorted posture of many “Chik” patients who — just like dengue sufferers — often develop merciless bone and joint pain, along with a fever and rash.

Dengue and Chikungunya also are spread by the same mosquito species: Aedes aegyptii (famous for spreading yellow fever) and Aedes albopictus, aka the Asian tiger mosquito. Aedes mosquitoes are tiny assailants most likely to seek blood in the late afternoon or early morning, an hour or two past daybreak. Which brings me back to Reese’s ill-fated meeting with the aggressive black-and-white biter. Where did Aedes albopictus first land on our shores in the 1980s? Texas, ironically.

Over the next three decades after its arrival (via used tires cradling tropical rain, eggs and larvae), the species continued to spread, ultimately establishing beachheads in more than half the states in the continental U.S. Where I live in Southern California, for example, Asian tiger mosquitoes now breed just a few miles east of my house. What does this mean in terms of local dengue transmission? Theoretically, one infected human is all it would take to propagate at least a few secondary cases, assuming a peckish Aedes fed on patient No. 1, then bit others.

On the other hand, Americans have far less to fear compared with a billion or two of our global neighbors who currently reside in tropical cities and towns where one or more dengue strains are well established.

Whether they live in Asia, Africa, Latin America or the South Pacific, such folks sometimes suffer dengue hemorrhagic fever, a truly life-threatening illness for which supportive measures such as fluid, electrolytes and blood products are the only treatment. Every year, close to 400 million people experience some form of dengue, and more than 20,000 people — mainly children — die from dengue hemorrhagic fever, the World Health Organization estimates.

Which is all the more reason to emphasize prevention. Protective clothing, topical repellents and insecticide-impregnated gear will minimize mosquito bites, whether we’re at home or abroad.

At the same time, mosquitoes can’t bite if they can’t breed, right?

Female Aedes prefer to lay their eggs in man-made containers. Was it a nearby birdbath, fountain or water-filled flowerpot that nurtured her winged, dengue-bearing visitor? Reese still wonders. She’ll never know for sure, of course. But she’s all for helping others avoid her monthlong illness.

“You always think it can’t happen to you,” she recently told me. Now, of course, she knows it can, even here.

[This article originally appeared in print as "Mosquito Magnet."]