If we are lucky, we have a teacher or two during our K-12 education that has a lasting impact on our lives. These are the rare ones that really care and can make a difference in our grown-up selves (would I be in science without Mr. K??). I had two such teachers during high school, and today, I learned that one of them passed away. Mrs. Hultgren was commander-in-chief of s-o-p-h-o-m-o-r-e English. She ran class like a Marine boot camp. She made you sweat and you either made the grade or were ridiculed in front of the entire class. You didn't go to the 11th grade unless you passed. I still have vivid memories of the first day of class. The main lesson was that this was going to be one heck of a tough time. She drilled the correct spelling of s-o-p-h-o-m-o-r-e into us. In the process, she honed in on cute, little, big-eyed, always perfect Teresa (who was a bit smug in my book) and reduced her to tears. OK - I'll admit I enjoyed that, but was still left shaking thinking I could be next. The lesson plans are still clear in my mind. First we read about Sir Edmund Hillary and Sherpa Norgay Tenzing. Then we spent 6 weeks with Lord of the Flies. It was simply amazing to be in Mrs. Hultgren's class and have red-hair with freckles, same as the charactor of Jack. I managed to stand up to the daily taunting, and who knows how much that helped me in my quest to be a woman physicist. Springtime was Shakespeare's Julius Caesar, in olde English. Once again, I was in the forefront as my birthday is the Ides of March. I had Mrs. Hultgren again, for English Literature when I was a senior. She still made us work hard, but was more mellow, probably because we took the class as an elective. It was one of my favorite classes ever. I was talking with her one day after class and discovered that she was recently divorced after 18 years of marriage. I asked why, and her response was so poignantly honest and open, that I remember it verbatim to this day. She said: "sometimes you can love someone dearly, but can't live with them." Anyway, my highschool girlfriends and I generated some internet traffic today, which was nice. We were horrified to realize that we are the same age now (29) as Mrs. Hultgren was when she taught us. One of my friend's oldest son is a s-o-p-h-o-m-o-r-e and is reading Lord of the Flies. My, how times change and things still stay the same! 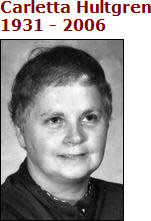 This one is for you, Mrs. Hultgren:

Why, man, he doth bestride the narrow world Like a Colossus, and we petty men Walk under his huge legs and peep about To find ourselves dishonourable graves. Men at some time are masters of their fates: The fault, dear Brutus, is not in our stars, But in ourselves, that we are underlings.