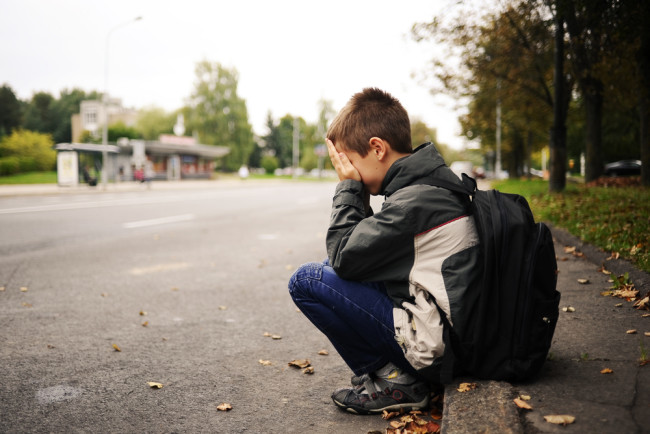 In the musical "Annie," a youthful Shirley Temple sings about the strenuous life of an orphan in “It’s the Hard Knock Life.” As it turns out, little Annie was wise beyond her years. A new study shows that children from stressful, disadvantaged social environments get kicked even at the cellular level, which may cause their cells to age faster than those of children from advantaged households. Researchers examined boys' telomeres

, which are regions of DNA on the tips of each chromosome that protect the DNA from degradation. Telomeres shrink a little each time our cells divide, and shrinking telomeres are thought to be associated with the negative effects of aging. The new findings show that boys from severely disadvantaged circumstances suffer much faster telomere shrinkage than their well-off counterparts, which could lead to health problems and an earlier mortality.

Researchers examined DNA samples from 40 African-American boys---a subset chosen because African Americans are understudied, and because boys may be more sensitive than girls to harsh familial environments. Half the boys had been raised in very disadvantaged environments, while the other half were raised in advantaged homes. Researchers used variables like family stability, income, and education to measure the harshness of an environment. The results revealed stark differences between the boys at a cellular level. Overall, by the time boys reached the age of nine, their telomeres were 19 percent shorter if they were from severely disadvantaged circumstances. Some other differences include:

"The social environment really conditions the way that these children are living, and their health," study author Daniel Notterman told New Scientist.

"The fact that these people have early telomere shortening by the age of 9 could be an argument for some people who want to intervene earlier in the lives of children, by getting them in school, for example." Their findings were published today in Proceedings of the National Academy of Sciences

Researchers also found that certain gene mutations could also make boys more sensitive to a stressful childhood. Those with certain mutations in the genes that code for neurotransmitters serotonin and dopamine had the longest telomeres in a nurturing environment, and the shortest in a harsh environment. Thus, these mutations seem to heighten a boy's sensitivity to his environment. Although researchers saw an association between telomere length and environment, it’s not yet clear whether early-life stress is actually causing the telomeres to shorten. However, Notterman told The Scientist

that he hopes social and behavioral scientists start assessing telomere length when studying the effects of environment on childhood development. Notterman is moving forward with his telomere study by taking DNA samples from the same participants, who are now 15 years old.