A First Attempt to Edit Genes Inside the Body 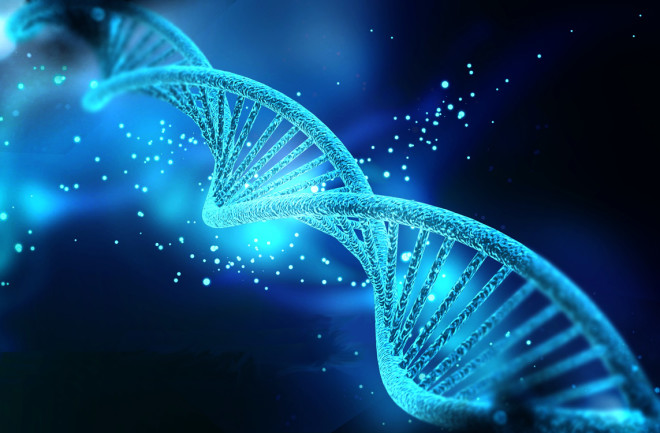 (Credit: Creations/Shutterstock) For the first time, doctors have attempted to edit a man's genes inside his body. The patient is 44-year-old Brian Madeux, who suffers from a rare genetic disease that has left him progressively more debilitated over the course of his life. His liver can't produce an enzyme necessary for breaking down a type of carbohydrate, something researchers hope to repair with a gene-editing technique called zinc-finger nucleases (ZFN).

Through an IV, billions of copies of a harmless virus loaded with instructions for two ZFN proteins and a gene to produce the correct enzyme were delivered to Madeux's bloodstream. The virus was programmed to insert itself just into liver cells to ensure that it didn't begin to edit anywhere else. Once a cell has been implanted with the virus, it begins to make copies of the ZFN proteins and the correct gene. The two proteins then cut apart the DNA at a specific point and insert the therapeutic gene, after which the cell's natural repair mechanisms bind the double helix back together and the gene can get to work.

“It’s kind of humbling. I’m willing to take that risk. Hopefully it will help me and other people.” —Hunter Syndrome patient Brian Madeux makes history as first gene editing patient in US $SGMO#notcrispr congrats @MMarchioneAPhttps://t.co/2B1xInsFyxpic.twitter.com/wjbH16vY1I

Researchers have edited genes in human cells before but always in a dish, in the lab. This is the first time a gene-editing technology has been injected into a patient's body and allowed to get to work. Madeux won't know if the gene therapy worked for at least a month, and tests can confirm its effectiveness in three months, the Associated Press reports.

At 44, he is already older than many patients with Hunter's disease, the condition that has plagued him since birth. Not easily diagnosed in newborns, the disease begins to appear as a rash of ear infections and colds, but can go on to cause skeletal deformities, mental deficiencies, heart and lung problems, joint pain and other symptoms. Those with severe forms of the disease usually die by age 15 without treatment, says Chester Whitley, a University of Minnesota researcher organizing clinical trials of the gene therapy treatment. Infusions of the missing enzyme can help, and bone marrow transplants can also partially replace the missing enzyme, but the infusions are expensive and bone marrow transplants can be dangerous. In any case, neither method seems to treat the cognitive effects of the disease.

Using gene editing to give patients a permanent, working copy of the mutated gene is a much better option. The ZFN technique the researchers used was developed by California-based Sangamo Therapeutics, and is an alternative to the more well known CRISPR-Cas9 gene-editing technique. ZFN is based on zinc-finger proteins common in our bodies that help to turn genes on and off by binding to them. Sangamo modified these proteins to find specific points on the genome and then added another enzyme which does the actual cutting. They've previously used the technique to edit genes in search of an HIV cure, although that trial took place outside the body. The precision that the method enables cuts down on the probability that so-called "off-target effects" will occur — harmful side effects caused when the wrong genes get edited, says Whitley. The researchers were careful to find a place on the genome where inserting a new gene wouldn't cause any problems, in this case, the gene for albumin, another type of liver protein. "It's going to go to a very safe place, the albumin gene, it's not going to cause cancer if it goes there, it's not going to disrupt any other activity," says Whitley. "That's why we call it a safe harbor." Previous gene-therapy techniques have taken more of a "shotgun" approach, he says, which sometimes leads to the gene being inserted at the wrong location. This could be harmful, such as the case of five patients in the 1990s who contracted lymphoma as a result of a gene therapy that interfered with a cancer-causing gene. New gene editing technologies, CRISPR included, allow for more precision. CRISPR hasn't yet been approved for use inside humans by the FDA, though. ZFN was approved for clinical trials based on tests of safety that CRISPR has yet to pass, though it likely will in the future. It's partly because the ZFN proteins target more DNA base pairs, the "letters" that make up our genome, allowing it to be more precise, says Ed Conner, chief medical officer at Sangamo. That precision, along with the technique's efficiency at carrying out edits, is what allowed them to move forward with a test of their technique in a living human. The therapy will likely not alleviate Madeux's symptoms, but it will hopefully stop the progression of the condition. In the future, Whitley hopes to use the technique on much younger patients before their symptoms have a chance to develop very far. The clinical tests he's currently overseeing will be an important step toward establishing safety and effectiveness of the technique and could lead to its use in younger patients in the future. Tests with mice indicate that the gene therapy is able to clear the build-up of carbohydrates that characterizes the disease from organs. Additionally, the therapeutic enzyme begins to appear in the blood, and, most, excitingly, the mice have even shown cognitive improvements, Whitley says.

More From Discover
Health
10 Science-Backed Ways to Boost Your Brain
Health
Extreme Fatigue: 4 of the Longest-Lasting Sporting Events
Health
What Science Says About the Weight-Loss Potential of The One-Meal-a-Day Diet
Health
How Saliva Changes The Flavor Of Food
Health
Walking vs. Running Benefits: Should You Walk or Run for Exercise?
Health
What is the Purpose of Hiccuping?
Recommendations From Our Store
My Science ShopDiscover STEM Kits
My Science ShopDiscover 2022 Calendar
My Science ShopStrange Science
My Science ShopElements Flashcards
Shop Now
Stay Curious
Join
Our List