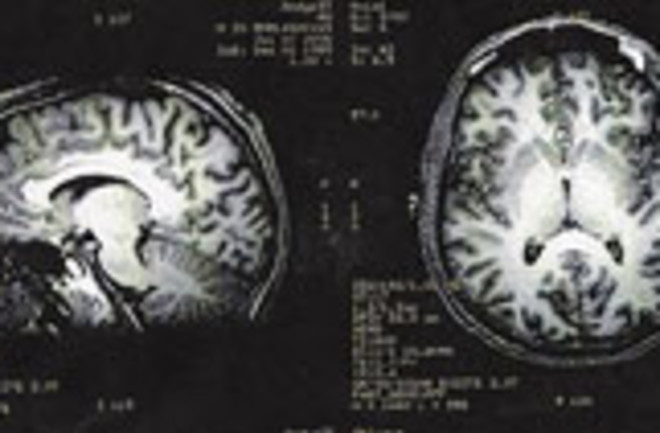 Researchers have caught sight of Alzheimer's-like plaques in the brains of rabbits using a conventional MRI scan, in what could be an important step towards early detection of Alzheimer's in humans. Researchers say that an earlier, easier diagnosis of the disease would allow patients to try more drugs and other therapies that could slow the progress of dementia. Diagnosis by a commonly available clinical MRI scan would be a vast improvement over current methods.

Many tools are used to look for signs of Alzheimer's, including a battery of cognitive and behavioral tests... and imaging studies called PET scans that require the injection of special chemicals that help light up the brain. But doctors can make a definitive diagnosis only after a patient dies by identifying the presence of brain lesions called amyloid plaques [USA Today].

In the study, unveiled at the International Conference on Alzheimer's Disease, researchers

fed rabbits a high-cholesterol diet for two years, which caused them to form amyloid plaques in their brains. Scans of these rabbits revealed void areas or black spots in several areas including the hippocampus, an important memory center in the brain. Autopsies found small clusters of amyloid plaques in these void areas, not found in rabbits fed a normal diet [Reuters].

Researchers say that their technique, in which they altered an MRI scanner to detect smaller structures, is more easily used on the small brains of rabbits.

Although the scanners employed in the study are routinely used for humans, it's unclear what the results might actually mean for humans.... "This technology is not directly translatable to human imaging, but we feel this might inspire other people to consider this approach," [lead researcher John] Ronald said [HealthDay News].

More From Discover
Technology
For These Clinicians, 3D Printers Are Changing Medicine
Health
All the Buzz About Bee Venom (and More)
Health
Why 'Smart' Feeding Tubes Can Benefit Patients and the Environment
Technology
Cyberattacks on Health Care Are Rising — But Many Hospitals Aren’t Prepared
Health
The Mysterious Ingredients in Your Cannabis Vaporizer — and the Health Risks They May Pose
Mind
Can Science Explain Near Death Experiences?
Recommendations From Our Store
My Science ShopDiscover STEM Kits
My Science ShopDiscover 2022 Calendar
My Science ShopStrange Science
My Science ShopElements Flashcards
Shop Now
Stay Curious
Join
Our List