99. The Virus That Will Not Die

Polio, wiped out in all but three countries, seemed headed for eradication.  But last year, politics and economics got in the way. 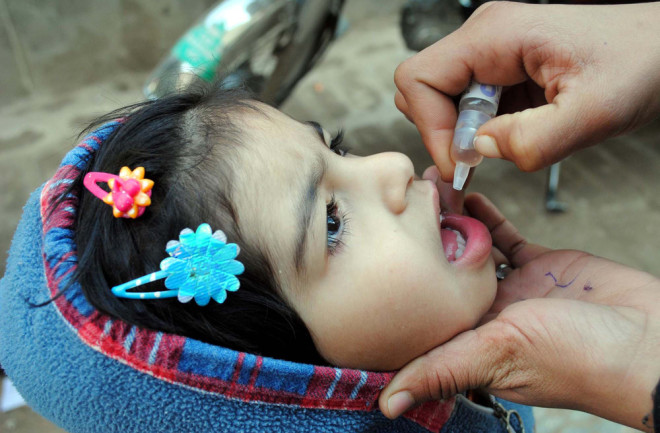 In February 2012 I traveled to Uttar Pradesh, India, to join 27 members of Rotary International in an anti-polio effort. Part of a five-person team, I stepped over open sewers in village alleys, crossed roads jammed with conveyances and cows, and inhaled the smoke of fires at tent camps where migrant laborers’ graves were marked with bricks made in nearby kilns. The immediate mission was to deliver polio vaccines to children under age 5. We squirted two drops of vaccine into the mouth of each child, though some will need additional doses to reach full protection.

Ultimately Rotary's aim is global polio eradication, and this goal is tantalizingly close: Infection rates dropped from some 350,000 new cases in 1988 to just 650 in 2011. But 2012 saw two dangerous developments that threaten to reverse progress: Decreased funding for anti-polio efforts and political resistance to vaccinations in regions where the disease persists. "We're at a tipping point," says Carol Pandak, the program manager of Rotary's PolioPlus vaccination program. With this year's progress, eradication is within reach, but we need to overcome the obstacles and increase coverage in the remaining areas to reach our goal, she warns.

Polio is a highly contagious virus that usually spreads through feces and enters through the mouth. It attacks the spinal cord and brain stem and can paralyze arms, legs, and the muscles that control breathing, swallowing, and speech. Since the push to eliminate the disease began in the late 1980s, the number of countries where polio is endemic has fallen from more than 125 to just 3: Nigeria, Pakistan, and Afghanistan. The target set by the Global Polio Eradication Initiative is to reduce the number of endemic countries to zero by the end of 2013.

The scale of this initiative, funded largely by Rotary International, the Bill & Melinda Gates Foundation, the World Health Organization (WHO), Unicef, the U.S. Centers for Disease Control and Prevention, and many national governments, is unprecedented. Health-care workers have immunized 2.5 billion children at a cost of more than $8 billion since 1988. WHO estimates that, as a result, over 10 million children have been spared from paralysis. India, once considered polio's most intractable redoubt, has had no new cases since January 2011. Between January and October of 2012, Afghanistan had 27 cases compared with 47 during the same period of 2011, while Pakistan had 48 compared with 136. Only Nigeria saw an uptick, from 42 to 101. Nevertheless, polio experts fretted. "Until it's completely eradicated, it can flare up again," says John Sever, vice chairman of Rotary International’s PolioPlus Committee and an infectious-disease specialist. "If this spreads into populations that are not well immunized, it could cross borders and reinfect areas that are currently polio-free."

The obstacles standing in the way of eradication are layered, from political conflict to lost funding. Although the head sultan of Nigeria is very supportive of the vaccination campaign, rumors have circulated in the country that the polio vaccine is a Western plot to sterilize children. In 2003 the resulting resistance halted eradication campaigns until the following year and led to reinfection in 20 other African nations. Pakistan's Ministry of Health runs an anti-polio program, but in Waziristan, a region bordering Afghanistan, rumors spread that the CIA was using health campaigns to gather information for drone strikes. This was fueled by revelations that the doctor who helped lead the U.S. to Osama bin Laden received his intelligence by setting up a fake vaccination clinic. In June the Taliban pressured families in the region to stop immunizing their children, cutting off a program that would have vaccinated as many as 200,000 children.

Diminished funding for the Global Polio Eradication Initiative has deepened the problem. The projected budget for 2012–2013 was $2 billion but fell short by $700 million, due largely to a weak global economy. One sustained, well-funded push could be all it takes to eradicate the virus, Pandak says. But countries are focusing on their own domestic needs, and rich areas that have long been polio-free may take its absence for granted. The lack of funds is already jeopardizing anti-polio efforts. In August a discussion in The Lancetstated that 68 polio campaigns in 33 countries have had to be canceled.

"We need to finish the job," Pandak says. "If reduced funding continues, children will be susceptible and the virus will return and spread. We'll be right back where we started."