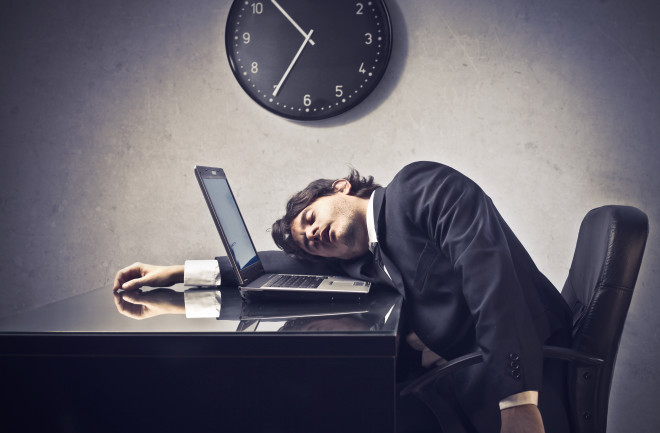 If you ever have the impulse to smash your alarm clock, Ludwig-Maximilians University biologist Till Roenneberg understands. This year he described the increasingly common phenomenon of "social jet lag," experienced by those who sleep short on workdays, then stay up later but sleep longer on weekends. If that is your pattern, you are more likely to be depressed and obese. "Sleep is one of the most underrated phenomena in modern society," Roenneberg says. A growing body of research is showing that if you don't get enough or get it at the wrong times, you expose yourself to a wide range of health consequences.

Eve Van Cauter, an endocrinologist at the University of Chicago, began untangling the connection between sleep deprivation, diabetes, and obesity more than a decade ago. This year her team discovered that sleep deprivation impedes the metabolism of glucose, the sugar that powers the body, in fat cells by a startling 30 percent. Lack of sleep affects appetite, too: A 2012 Swedish brain-scan study identified heightened activity in the right anterior cingulate cortex—a brain region associated with hunger control—in the sleep-deprived.

Sleep loss is increasingly being implicated in other health conditions as well. A Penn State study showed that short sleep combined with insomnia heightened the risk of hypertension. European data linked restless or otherwise troubled sleep in older adults to a 36 percent increased risk of Alzheimer's. More unexpected, researchers at the University of Wisconsin at Madison uncovered a link between sleep apnea and cancer mortality: Cancer deaths among patients with severe apnea were five times higher than among those without.

Perhaps the biggest sleep news from the past year, though, involves the significant health penalties of varying when we sleep, regardless of the total amount. Anecdotal reports had suggested that shift work—consistently working nights or rotating between night and day—contributes to bad health. But how? A study by Harvard’s Orfeu Buxton (pdf), a neuroscientist, limited participants to less than 6 hours of sleep and then reconfigured their day so it stretched for 28 hours instead of the expected 24. The result was dysfunction of the pancreas, which produces the insulin that regulates sugar in the blood. As a result, the strain of extreme time shifting led to a form of hyperglycemia that foreshadows diabetes.

Even those with only slightly altered sleep schedules pay a price. According to Roenneberg, a third of the population in his database suffers from two or more hours of social jet lag, and 69 percent reported at least one hour of social jet lag. That might be enough, studies suggest, to increase the risk of becoming overweight or obese by 33 percent.

"It took me about 50 years of my life to understand what an alarm clock means," Roenneberg concludes. "It means that you haven’t slept your biological sleep to the end."