Facts and Trends for a More Restful Sleep 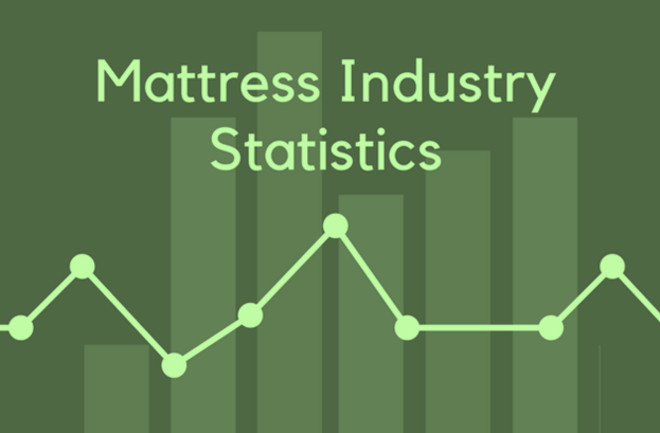 This article contains affiliate links to products. We may receive a commission for purchases made through these links.

**The information provided in this article is not meant to take the place of medical advice from a trained physician.  Always consult with a physician before making any medical decisions, beginning treatment for a health condition, or starting a new fitness or diet regimen.

Getting enough sleep every night is important.  According to the National Heart, Lung, and Blood Institute, sleep deficiency can make it difficult to remember information, make decisions, regulate behavior and emotions, focus, learn new information, and handle change.  Individuals who don’t get enough sleep each night may also have slowed reaction times, need extended time to complete a task, and be more prone to slip ups and mistakes.

The CDC recommends that adults between the ages of 18 and 60 years get at least 7 hours of sleep each night.  Learning more about sleep trends and mattress statistics can not only help you meet this recommended requirement, but also find the best mattress for your sleep needs, and ensure that the sleep you get is restful and restorative.

We’ve compiled information from a range of studies and authoritative sources that highlight important statistics related to healthy sleep and the mattress industry.  Read on!

1. Nearly half (49%) of Americans sleep on an innerspring or pillow top mattress, according to the Better Sleep Council.

2. 47% of American adults indicate that they sleep on a queen-size mattress, making queen beds the most common size (Statista).

3. The global mattress market had estimated sales of $29 billion in 2019 (Zion Market Research).

7. As of August 2019, there were 175 online mattress companies.  These retailers include GhostBed, Nectar, Awara, Puffy, DreamCloud, OkiOki, Plush Beds, and Layla (CNBC).

9. According to the CDC, the amount of sleep you need each night changes based on your age.  Here are their recommendations for each age group:

10. The average amount of sleep Americans get is 7 hours and 6 minutes (Science Advances).

12. According to the American Psychological Association, getting an extra 60 to 90 minutes of sleep each night can make individuals healthier, happier, and safer.

14. 48% of individuals report that they snore (American Sleep Association).

15. An individual’s body temperature drops between 1 and 2 degrees when they sleep (WebMD).

16. Blood pressure and heart rate also change when you’re sleeping.  During non-REM sleep, both are lower and steadier, while they can increase during REM sleep (WebMD).

17. 41% of adults prefer sleeping in a fetal position, making it the most common sleep position (Better Sleep Council).

18. 1 out of every 4 married couples reports that they sleep in a separate bed (Better Sleep Council).

20. We likely spend about 2 hours dreaming each night (National Institute of Neurological Disorders and Stroke).

21. The most vivid dreams take place during REM sleep (National Institute of Neurological Disorders and Stroke).

22. Dreaming is a normal part of sleep.  Not dreaming during sleep is often an indication of a personality disorder (Better Sleep Council).

23. Approximately 12% of individuals only dream in black and white.  Before the invention of color television, the percentage was even higher (Better Sleep Council).

24. People who lose their sight and become blind are still able to view images during a dream.  However, the dreams of those who are born blind focus on sounds, emotions, touch, and smell (Better Sleep Council).

25. During your dream, you can only see faces that you have seen in real life (though you may not actually remember seeing these faces) (Better Sleep Council).

26. While women dream about both sexes equally, men are more likely to dream about other men (about 70% of their dreams) (Better Sleep Council).

27. The majority of dreams (65%) center around anger, sadness, or worry.  Only 20% focus on happiness, and only 1% are about sexual acts or feelings (Neuroscience)

30. According to the CDC, adults who get less than 7 hours of sleep in a 24-hour period are more likely to be physically inactive, a current smoker, or obese when compared with those who get at least 7 hours of sleep.

31. Sleep deprivation can kill you more quickly than starvation.  You can go two weeks without food, but only 10 days without sleep (Better Sleep Council).

32. Based on a study conducted by the University of Warwick and Federico II University Medical School in Naples, Italy, individuals who get less than 6 hours of sleep each night are up to 12% more likely to die a premature death.

33. Sleep deprivation and insomnia can cause an average worker to lose the equivalent of 11 days of productivity over the course of a year (The Washington Post).

34. Every year, it is estimated that 100,000 deaths in hospitals occur as a result of medical errors, with sleep deprivation being the culprit for many of these errors (American Sleep Association).

36. 4.7% of respondents to an American Sleep Association study reported that they had fallen asleep or nodded off while driving one or more times in the month preceding the study.

37. 1,500 deaths and 40,000 injuries occur each year in the United States due to drowsy driving (American Sleep Association).

39. It is estimated that sleep deprivation causes the United States economy to lose up to $411 billion each year (Rand Corporation).

41. According to Harvard Health, as many as 80% of psychiatric patients can suffer from chronic problems with sleep, compared with only 10 to 18% of other adults.

42. According to the American Sleep Association, obstructive sleep apnea affects 25 million adults in the United States.

43. Obstructive sleep apnea affects an estimated 24 to 31% of men and 9 to 21% of women (American Sleep Association).

44. Canadian sleep apnea statistics 2017 noted that males were three times as likely as females to share that a loved one had told them that they stopped breathing in their sleep (Statistics Canada).

45. Increasing their body weight by 10% can make individuals up to six times more likely to develop obstructive sleep apnea, according to the Journal of the American Medical Association.

47. The American Sleep Apnea Association estimates that between 1 and 4% of children have sleep apnea.  Many of these children are between the ages of 2 and 8.

49. Sleeping on your side, belly, or back with your head elevated on an adjustable bed may help reduce sleep apnea’s negative effects.

50. Between 50 and 70 million adults in the United States have a sleep disorder, according to the American Sleep Association.

51. The most common sleep disorder is insomnia.  30% of adults report having at least short-term insomnia troubles, while 10% report suffering from chronic insomnia (American Sleep Association).

52. It is estimated that between 135,000 and 200,000 individuals in the United States suffer from narcolepsy (National Institute of Neurological Disorders and Stroke).

53. 66% of individuals talk in their sleep, although only 17% report doing so over the past three months (Sleep Medicine).

54. Individuals with parasomnia, a sleep disorder that can cause people to perform unnatural movements in their sleep, have committed various crimes. (Better Sleep Council).

55. Sleep walking statistics from the PLOS One show that about 1.5% of adults and 5% of children sleepwalked at least once in the past year.

56. Approximately 8% of individuals will deal with one or more sleep paralysis episodes at some point during their lifetime (Sleep Medicine Reviews).

57. Sleep paralysis typically first begins in teenagers, but it occurs most frequently in adults between 20 and 40 years old (Sleep Education).

58. Fear is responsible for as many as 90% of sleep paralysis episodes (Nature and Science of Sleep).

60. Symptoms of insomnia are present in over 90% of military combat-related post-traumatic stress disorder cases (United States Department of Veteran Affairs).

61. A study in Michigan revealed that participants were four times as likely to develop depression if they were dealing with insomnia (ScienceDirect).

62. A connection has been made between early childhood sleep problems and adolescent borderline personality disorder symptoms (JAMA Psychology).

63. In a study conducted in Norway, participants who pushed their normal bedtime back two hours, but got up at the same time in the morning, were less likely to feel as fulfilled or enthusiastic as others.  With each day that their sleep was reduced, the negative effect was even greater (Oxford Academic).

64. Premature babies can sleep for up to 90% of the day (Journal of Physiology).

65. Excessive sleepiness during the daytime or sleeping problems are present in approximately 25% of young children (Journal of Physiology).

66. 72.7% of high schoolers and 57.8% of middle schoolers do not reach the daily goal for the recommended amount of sleep for their age groups (CDC).

67. Some of the reasons many teens do not meet their recommended sleep amounts include the use of smartphones or other screened devices before bed, busy school and work schedules, sleep disorders, exposure to too much light in the evenings, and hormonal time shifts (Better Health Channel).

68. Sleeping problems may be present in up to 70% of children with ADHD (attention-deficit/hyperactivity disorder) (Journal of Translational Medicine).

70. 60% of college students stated that they had pulled one or more all-nighters (Behavioral Sleep Medicine).

71. Reuters sleep statistics show that among college students, a lack of sleep can have a negative effect on grades.  Each night of interrupted sleep was tied to a 0.02-point GPA drop, for up to a 0.14 decrease in GPA (Reuters).

72. As many as 60% of college students don’t receive good quality sleep, and 7.7% of those students suffer from an insomnia disorder (Neuropsychiatric Disease and Treatment).

73. College athletes that don’t get enough sleep have an increased risk of injury (Journal of Pediatric Orthopaedics).

75. According to the CDC, 8.2% of adults reported taking a sleep medication four or more times over the past week.

76. 20% of adults in the United States say they have tried using a natural sleep remedy over the last year (Consumer Reports).

78. Sleep trackers are used by over 10% of adults to monitor their nightly sleep (Statista).

79. Women are approximately twice as likely to use sleep trackers as men (Statista).

Keeping up with sleep and mattress statistics and trends is important.  It can help identify opportunities where you can make a positive change to enhance your sleep quality, health, or comfort.  If your current mattress isn’t up to the task, then it may be time to upgrade to a new, more comfortable model such as GhostBed, Nectar, Awara, Puffy, DreamCloud, OkiOki, Plush Beds, and Layla.